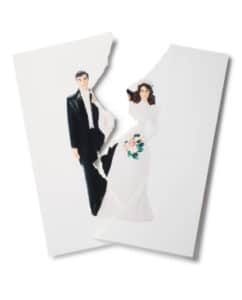 Divorce: couples will have to stick to paper for now

A project to create the first online dispute resolution (ODR) system for divorcing and separating couples in the UK has been put on hold, Legal Futures has been told.

Relate, the country’s largest provider of relationship support, received no government funding for the project, and instead relied on private backers, including Google.

Relate said the project – which we first revealed [1] in December 2015 – could not become reality without “additional funding”.

A Relate spokeswoman said: “The latest on the project is that the service has been tested and we have gained a lot of insight about what is needed to further customise it for families in England and Wales.

“We are working in a challenging climate, however, and we are currently looking at what is needed to take a service forward to launch. Securing additional funding would be key to this.”

Professor Roger Smith, former director of Justice, said it would be a “total waste” if the Relate project was abandoned.

“People in most situations of family break-up no longer have access to legal aid. They have to struggle through as best they can. The Relate project is exactly the sort of the thing we should be exploring.”

Relate said in December 2015 that it would be based on the Dutch Rechtwijzer service. This offers both parties free information and advice, and helps guide them, if they want it, towards separation and a legally-binding agreement.

Professor Smith said the Relate ODR service could “provide the answer for some people” and was based on a system that had proved itself in the Netherlands. “It’s no surprise that there have been teething problems.”

Professor Smith said the Legal Services Society (LSS) of British Columbia, Canada, the equivalent of the Legal Aid Agency, had recently set up a service based on Rechtwijzer.

He said the launch of www.mylawbc.com [2] by the LSS followed the removal of legal aid from most family cases in British Columbia, and attempted to deal with a situation where there was a need for help, but no legal representation.

“Their legal aid service is trying to solve the problem creatively rather than bureaucratically. What we have in this country is the most unimaginative way of delivering legal aid you could possibly have, with a body that simply seeks to avoid expenditure”.

Professor Smith said the Legal Aid Agency’s predecessors might have considered funding the Relate scheme, but the current government was “not interested in dealing imaginatively with problems of access to justice”.

He added that ODR and the Online Court were two separate issues, though launch of the court might “drag” some advice and information online. He said that, although he supported the court, the government was going “too fast”; potential difficulties were being ignored and it was being used to “flog the court estate”.

Graham Ross, head of the European advisory board of Californian ODR specialists Modria, which helped develop Rechtwijzer, said some online services claimed to offer ODR when all they were providing was web conferencing.

“We need to do more than use technology as an access point or a medium for real-time discussion.”

Mr Ross said Rechtwijzer took users through a “logical series of questions”, allowing them “to better frame what their case is about”. He said data analytics could be used to highlight the type of settlements couples preferred, and technology was “very good” at helping people prioritise – particularly where they were locked in “emotional” property disputes.

He said the Online Court would provide an “access point” which could triage cases and direct some of them to accredited ODR providers.

“There’s so much creative technology being developed. The public should benefit from that.”

Meanwhile, almost three-quarters of cases brought by consumers against retail businesses taking part in a publicly funded ODR pilot in Candaa have been resolved to the satisfaction even of unsuccessful complainants.

The pilot for low-value consumer disputes was launched in October by the University of Montréal’s Cyberjustice Laboratory and funded by Quebec’s consumer protection agency.

Before PARLe launched, a number of larger Quebec businesses were persuaded to sign up, encouraged by the perceived benefits, such as better press, not having to go to court, higher consumer satisfaction and lower costs. Further, because the pilot is publicly funded, it offers the businesses a free means to settle their disputes.

The online scheme works with consumers logging on to a platform, describing their grievance, and proposing a settlement. After being contacted by email, the merchant either accepts the proposal or makes a counter proposal.

If the parties fail to reach a settlement, a mediator – funded by Quebec’s justice department – is invited to join the platform to help resolve the issue.

Writing this month in the Canadian legal magazine, Slaw, University of Montréal law professors, Karim Benykhlef and Nicolas Vermeys, both directors of the Cyberjustice Laboratory, said: “After only a few weeks, the statistics seem quite encouraging: Of the few hundred cases filed between October 7…. and the New Year, almost 70% were resolved within the allotted time.

“Even more interestingly, many consumers that did not manage to reach a settlement still expressed their satisfaction with the platform.”