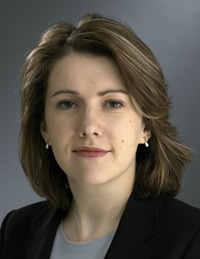 Davies: too much of a gap between regulation and reality

However, although clients are often scared to complain for various reasons, a positive experience when they do can actually improve their impression of the service they have received and make them likely to recommend the provider.

The report by YouGov – which was jointly commissioned by the Legal Ombudsman (LeO) and Legal Services Consumer Panel – identified the lawyer’s initial reply to a complaint as the most crucial point of the process, with a straightforward response and apology, in clear language, the best way to defuse the situation.

YouGov said: “There is a basic desire from consumers that they simply receive some form of apology or at least recognition that the legal service provider had failed in some way to meet their expectations of an adequate service. This recognition was often missing from the process, particularly if the complaint was not upheld”.

In the worst situations, customers claimed they felt intimidated or threatened by their lawyer, leading them to drop the complaint, with the use of language a particular problem. The report said: “We identified a number of examples of defensive responses or language used by legal services providers that can be interpreted as confrontational or threatening.” Clients were also worried that pursuing a complaint could affect the work on the substantive matter and that it would be particularly difficult to resolve when a lawyer was involved.

YouGov undertook two studies – qualitative interviews with 30 consumers who had been through their lawyer’s complaints procedure (split equally between those who were satisfied with it and those who were not) and a quantitative online survey of 1,010 of those who had contacted LeO prematurely (ie, before the eight-week window for their lawyer to deal with the complaint had closed).

The former found that examples where the complaints process has functioned well and even improved the client’s impression of the legal service began with the provider effectively tackling the nature of the complaint in their initial response.

These were typified by a speedy response – the report recommended within 48 hours of the initial complaint, as with other service providers – a clear outline of the procedure to be followed, clarity of tone and language and “a tone that is neutral and unemotional”.

Nearly two-thirds (63%) of those who took part in the survey of premature complainants said they went directly to LeO because they had no confidence their complaint would be taken seriously or that it would be resolved fairly. There was also some misunderstanding of LeO’s role and a lack of information from the lawyer about complaints.

Consumer panel chair Elisabeth Davies said: “This hard-hitting report reveals why so many consumers don’t complain about poor service by a lawyer – people are confused about what to do, get completely thrown by legal jargon, believe they won’t get a fair hearing and fear that upsetting their lawyer could have repercussions for their case. Just as bad, a quarter of those who do complain rate their experience as one out of 10.

“Consumers are being asked to drive competition by voting with their feet when buying legal services, but they won’t do this unless they are confident that the complaints system will protect them if things go wrong. This report shows that there’s currently too much of a gap between what should be happening under existing regulation and the reality for consumers. As a matter of urgency, regulators must take what consumers are telling them and use this to deliver a real step change in standards.”

Chief Legal Ombudsman Adam Sampson said: “Although there are some positives to take from this report – some clear examples of good complaint handling for instance – it’s clear that many lawyers could do more to ensure complaints are taken seriously.

“If something is wrong we want customers to feel as though they can raise an issue with their lawyer, which is why we’ve produced a guide for lawyers and a guide for consumers to aid the process.”