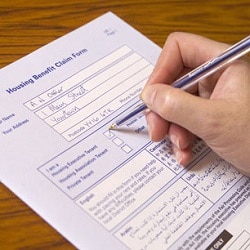 The government, legal regulators and others need to come together to ensure that the next generation of lawyers have the chance to study social welfare law or face even more ‘advice deserts’, a member of the Legal Services Consumer Panel has argued.

Cathy Gallagher said the Ministry of Justice (MoJ) has previously indicated a willingness to address the issue, with the sharp post-LASPO contraction in legal aid meaning that fewer lawyers were able to gain experience in social welfare law.

She said the panel wanted the regulators and the MoJ to address the risk of developing a shortfall of practitioners qualified in many of the area where legal aid has been cut “by reviewing the education and training of the upcoming legal generation”.

She added: “Indeed, as a result of representations from the consumer panel and others, during the official consultation meetings, MoJ officials indicated a willingness to approach regulators developing training content to consider anticipated shortfalls in essential areas of access to justice (and legal aid) delivery.”

Writing on the panel’s website, Ms Gallagher said the Legal Services Board and legal regulators have roles in maintaining access to justice, and in examining and maintaining educational standards, provision and breadth of legal services.

Despite this, she noted, the Solicitors Regulation Authority’s plan for the new solicitors qualifying examination did not include mandatory social welfare law modules.

“An absence of determination to encourage these subjects in future training arguably sends a message that they should not be priority concerns in the evolution of legal practice and training,” she wrote.

“Indeed, the SRA’s own risk assessment acknowledged that the omission of social welfare law topics may lead to reduced opportunities for qualification and would likely impact on solicitors keen to work in already under-represented areas.

“The recent announcement of a one-year postponement to the expected start date of the SQE presents an opportunity for a review of sector concerns.”

Ms Gallagher, who spent many years working at the Law Centres Network and has been on the panel since 2014, argued that there was “a will to sustain access to justice” on the part of regulators, providers and government, “but it needs collaboration and communication”.

She said the main regulators – the Solicitors Regulation Authority, Bar Standards Board and CILEx Regulation – together with the MoJ and senior judiciary “could be formidable forces to bring together providers to find solutions to sustain this small but crucial part of lawyers’ development, training, capability and legal practice.

“Otherwise, there is a real risk that practitioners will disappear in areas of law catering to the most vulnerable.”

Ms Gallagher said “one of the less talked-about impacts” of this was “the steady disappearance of lawyers qualified to provide specialist legal support to the most vulnerable”.

For example, she said, in Suffolk, it took six months to recruit a housing lawyer for a new law centre, after the whole county had been without a single one five years.

“With no housing law practice providing a legal aid service across Suffolk, there was an unfillable gap of geography in placements and limited channels for new trainee lawyers in housing law,” she observed.

Ms Gallagher continued: “It is not a great leap to recognise that there is a causal link between major drops in legal aid funded casework, absence of specialists in areas of law dealing with the most vulnerable, and a growing landscape of ‘advice deserts’.

“What effect might these developments have on the future supply of lawyers in key areas of criminal and civil justice?”