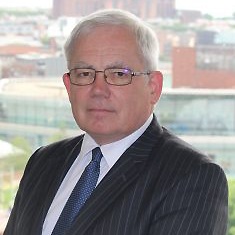 Teague: Coroners will be vigilant

The Bar Standards Board, the Solicitors Regulation Authority and CILEx Regulation have joined forces in a bid to improve the standard of practice in coroner’s courts.

In an echo of the doomed Quality Assurance Scheme for Advocates (QASA) aimed at criminal advocates, the trio have issued a set of competences which spell out the standards expected of lawyers by the regulators and the public, along with guidance and other resources to help make sure that the standards are met.

Lawyers will not have to register as they would have done with QASA – which was killed off in 2017 – but coroners will be encouraged to address practice that falls short of the competences either during the hearing itself or through raising their concerns with the relevant regulator.

People with complaints about lawyers are being encouraged to draw them to the coroner’s attention as well as the relevant regulator.

The regulators said in a statement: “The new guidelines have been introduced in response to concerns about the standards of practice among some lawyers in the coroner’s court.”

They highlighted in particular “the adversarial approach adopted by some lawyers”, which can lead to hostile and insensitive questioning, and reports from the charity INQUEST on the experience of bereaved families in coroner’s court cases.

The competences cover knowing the relevant law and procedure, dealing effectively with vulnerable parties, adapting communication and engagement to the purpose of inquests and the circumstances of the people who are involved, and being aware of the support offered by other organisations and working with them, where appropriate.

The Chief Coroner for England and Wales, HHJ Teague QC, said: “It is important that the competencies for lawyers practising in inquests are met. They are important for effective advocacy and reflect the particular and unique challenges lawyers face in inquests.

“Also, since they helped develop them, which will also feature in their training, coroners will be vigilant in ensuring those before them are meeting the expected standards.”

He said he expected all lawyers to remain “committed to supporting the inquisitorial approach and with candour help the coroner to ascertain the facts and extract any useful lessons for the future”.

Where advocates have to challenge evidence, they must do so “with due sensitivity”, HHJ Teague continued, and “keep constantly in mind that the bereaved should be at the heart of the inquest process so that they feel confident that the inquest will get to the facts of what happened and feel properly involved and listened to throughout the process”.

The regulators have worked with the chief and deputy chief coroners, practitioners, the Ministry of Justice and bereaved families, and will continue to do so to evaluate the impact of the new guidelines and to develop mechanisms for thematic reporting of poor practice.

Barristers will be required to declare if they work in this area at the annual authorisation to practise.