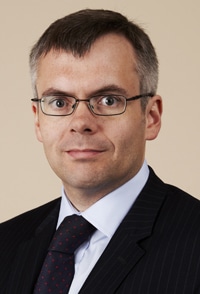 Regulators should consider introducing a third-party review system of administrative decisions as a way to ward off the threat of expensive judicial reviews (JRs), a report by City law firm Devonshires has recommended.

The report also highlighted the concerns of some regulators about the government’s reforms to JR, and particularly a presumption that interveners will bear the costs of their intervention.

As reported on our sister site Litigation Futures, yesterday the House of Lords voted to reject this part of the Criminal Justice and Courts Bill, although the government will seek to reinstate it.

Overall, the Devonshires report concluded that while JRs may be a headache, they can also be a price worth paying in the right circumstances to ensure that a regulator is doing its job properly and fairly.

The report is the product of a Devonshires roundtable involving regulators from the legal, medical, surveying and financial sectors, as well as interviews with other regulators. The Solicitors Regulation Authority, Bar Standards Board and ILEX Professional Standards all took part.

One innovation of note was the third-party review system introduced by the Architects Registration Board, which applies to challenges to the procedure used by two of the board’s committees where there is no formal appeals procedure to the courts.

Applicants have 30 days in which to request a review and must identify where they believe procedures have not been followed or where they were inappropriate or inefficient. An independent lawyer conducts the paper-based review and the committee then decides whether to accept the reviewer’s comments and recommendations.

Devonshires partner James Dunn said: “The use of independent lawyers in the ARB’s ‘JR-lite’ process – which aims to pick up issues which could otherwise end up in court – appears an eminently sensible approach that we recommend other regulators should consider.”

He added: “The roundtable discussion showed the strides that many have taken to improve the transparency of their policy formation and decision-making, which ultimately form key planks in any defence to a JR that may emerge. This is surely an irreversible trend that is good for regulators and regulated alike.

“However, the most frustrating JRs are those brought by individuals just trying to delay the inevitable in terms of a disciplinary outcome, and there is at the moment no obvious way of speeding up this process.”

Regulators who contributed to the report said that introducing a presumption that interveners – other than those invited by the court to intervene – will bear their own costs and also those costs arising to the parties from their intervention could act as a “chilling effect” on the willingness of regulators to get involved in important litigation.

Jenny Johnson, head of legal and enforcement at the Solicitors Regulation Authority, told the roundtable: “If we really feel strongly about a point, we would now have to factor in the costs risks; are we now going to have a very expensive exercise on our hands?”

Dr Vanessa Davies, director of the Bar Standards Board, added that although she saw some potential financial benefits from the protective costs orders that are part of the reforms, “in terms of cost-benefit, set against a potential undermining of the rule of law, they are not worth paying the price, in my personal view”.