Regulator will be “under close scrutiny” with growth of insurer ABSs 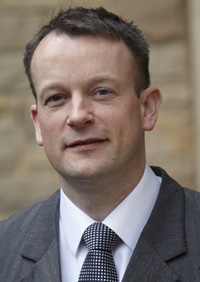 There will be close scrutiny on the Solicitors Regulation Authority (SRA) to ensure that alternative business structures (ABSs) tying insurers and solicitors together prioritise their duties to injured people, the regulator was warned yesterday.

Matthew Stockwell, new president of the Association of Personal Injury Lawyers (APIL), told Legal Futures that “injured people are going to be far more reliant on the SRA to fulfill its statutory obligations” to monitor these practices.

While it would be “unfair” at this stage to suggest that such ABSs will not act in the best interests of clients – rather than the insurer’s interests – Mr Stockwell said APIL saw it as a “significant part” of its role to speak out about failures by either the ABSs or the SRA.

Earlier at APIL’s annual conference at Celtic Manor yesterday, a discussion on third-party capture by insurers saw Mr Stockwell’s predecessor, Karl Tonks, outline similar concerns that there could be occasions when a law firm’s dependence on an insurer for work might – if only subconsciously – mean lawyers put the insurer’s interests first.

SRA chief executive Antony Townsend admitted that the situation had become more complicated with the advent of ABSs. A key principle was that solicitors need to ask whether they could in any way be taking advantage of a vulnerable person, he said, noting that cases had recently gone to the Solicitors Disciplinary Tribunal about the exploitation of vulnerable third parties.

Mr Townsend told delegates that the SRA was asking insurer ABSs “very searching questions about conflicts of interest… We need to be absolutely clear that ownership and governance and the independence of solicitors do not get muddled up.”

However, well-known regulatory solicitor Andrew Hopper QC told the plenary that “if an insurer has a relationship with a solicitor, why not trust the solicitor? Why should they be tainted by it?” But there does need to be a “great deal of caution”, supported by “openness of dealing”, he said.

Mr Tonks accepted this but pointed out that increasingly claims are being dealt with by non-solicitors. He said he was particularly concerned about the prospect of claims management companies stepping in to represent claimants if the small claims limit for personal injury rises as expected.

Mr Hopper also raised a related question over the situation of a legal expenses insurer paying a solicitor to represent a claimant at a discounted rate below market rate. Would that discount, he asked, be a breach of the referral fee ban?