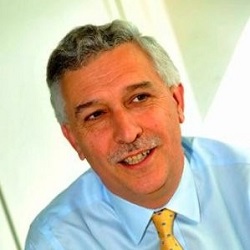 CILEx Regulation could take legal action following the Chartered Institute of Legal Executives’ (CILEX) announcement that it is talking to the Solicitors Regulation Authority (SRA) about becoming its regulator, its chair said yesterday.

Jonathan Rees argued that CILEX did not have the power to commence such a negotiation.

Last week, CILEX revealed that it was reviewing whether to continue delegating its regulatory responsibilities to CILEx Regulation Ltd (CRL), which issued an angry statement in response.

Then this week, CILEX said it has initiated talks with the SRA about the possibility of taking over regulation of its members, after Chris Kenny, former chief executive of the Legal Services Board, independently reviewed and validated the organisation’s analysis of the challenges of the current model.

Any change will ultimately have to be approved by the Legal Services Board.

In its latest response, CRL argued that CILEX was acting as a representative body – in breach of the Legal Services Act 2007 – rather than as the approved regulator of chartered legal executives.

It rejected too the findings of the Kenny review, saying: “There is no basis to suggest, as it does, that CRL has ‘viability challenges’ and will have a higher unit cost than other regulators.

“The cost to those CILEX represents is, in any event, only one element of the public interest for which CRL is responsible. CRL’s financial position remains robust. Our last audited accounts show our highest ever levels of reserves, and we intend to hold the [practising certificate fee] at its current rate for this year, notwithstanding inflationary pressures.”

CILEX said it has had to subsidise CRL at various points but the regulator said that now, “in order to preserve our strong financial position”, it has notified CILEX of its intention to hold its reserves independently “following the identification of CILEX’s rapidly deteriorating financial position”. CILEX said this was simply not true.

Mr Kenny reported that CRL “chose to withdraw” from his effort to discuss his review; CRL’s statement accused him of not making a “serious attempt” to engage with it, meaning his review was “just wrong” in places.

Mr Rees said: “We regret the announcement by CILEX to open negotiations on a transfer of regulatory responsibility to the SRA. Our position is that CILEX does not have the power to undertake this action.

“It is our role as regulatory body to decide independently of CILEX whether changes to the existing regulatory arrangements are needed. The course on which the CILEX board has embarked is an unhelpful and costly distraction from tackling the real issues facing CILEX Fellows and consumers.

“We have done all we can to avoid a public dispute which we believe causes concern to those we regulate and disrupts our work.

“We have a positive agenda to improve regulation, and reduce costs, and will be bringing forward proposals after the summer. In the meantime, we will continue to do our job whilst we consider a further response, including possible legal action, to CILEX’s announcement.”