Regulator goes public with names of CMCs under investigation 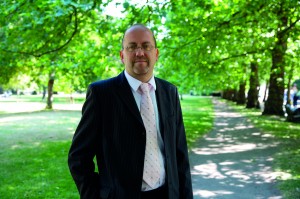 Rousell: clear message to the industry

The fact that claims management companies (CMCs) are under investigation by their regulator has become a matter of public record after the Ministry of Justice launched a new transparency tool.

The new section of the MoJ’s website also includes enforcement action that has been taken against CMCs.

In the first quarter of 2013, the Claims Management Regulator conducted 38 audits, commenced seven investigations, issued 40 warnings, obtained one undertaking, cancelled two licences and suspended one other.

Since regulation began in 2007, the licences of over 900 CMCs have been removed and others have exited the industry after the commencement of enforcement action.

Kevin Rousell, head of claims management regulation, said: “Consumers can sometimes unknowingly sign-up to a CMC that may be under investigation by my unit. By creating an online list that names CMCs that are being investigated. it will ensure consumers know exactly what action is being taken and the reason for it. It will also give consumers peace of mind that their complaints are being acted upon.

“By publishing all enforcement action it will send a clear message to the industry that we will not tolerate firms that break the rules. This is part of ongoing work to drive malpractice out of the industry and improve the reputation for the vast majority of CMCs that do follow the rules.”

The regulator has already banned over 100 CMCs handling payment protection insurance (PPI) and warned a further 149 for poor practice as complaints continue to be made against PPI CMCs. Last year over 10,000 complaints were made to the regulator, who found the main causes for consumer concern were misleading marketing, high-pressure selling, poor complaints systems and unclear fees.

As part of the industry wide crackdown, the regulator has already banned inducement advertising by CMCs, while new conduct rules coming into force this summer include bringing an end to all verbal contract arrangements between consumers and CMCs, and enforcing written contracts before any fee can be taken.