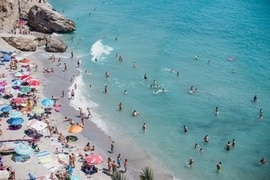 There has been a “significant decrease” in unauthorised businesses operating in the holiday sickness market, the Claims Management Regulator (CMR) has reported.

In the last quarter of 2017, it identified 30 unauthorised businesses, of which it visited 14 that subsequently ceased trading unauthorised, removed the websites and social media platforms of 13, and is continuing investigations into two more.

In its previous quarterly report, the CMR said it was stepping up its focus on businesses operating without authorisation, particularly those in the holiday sickness market, after receiving more than 200 complaints in just three months.

The CMR said it has also completed “the bulk” of investigations and enquiries into regulated claims management companies (CMCs) providing holiday sickness claims, as part of a targeted enforcement project.

Between October and December 2017, 33 CMCs were audited and seven were subsequently warned for rule breaches.

Four CMCs surrendered their authorisation prior to audit and four after their audits as they were not able to operate in compliance with the rules.

The regulator has formally investigated three authorised CMCs and last August cancelled the authorisation of Allsure Ltd, which it found had encouraged holiday-goers to fabricate or embellish symptoms of gastric illness to get compensation.

The CMR said it was looking to ensure that the activities of holiday sickness CMCs were not likely to place solicitors in breach of their code, and that it continued to work closely with the Solicitors Regulation Authority (SRA) and ABTA members who provide intelligence, information and evidence about market practices.

The CMR has also shared intelligence with the SRA about solicitors suspected of malpractice.

ABTA has continued its lobbying campaign, meanwhile. Earlier this month, it released the findings of a YouGov survey that found that 19% of people have been contacted about making a compensation claim for holiday sickness.

It published the results six months after the government announced its plans to introduce fixed recoverable costs for holiday sickness claims, saying the changes to the Civil Procedure Rules needed to be made in April so as to in place for the main 2018 holiday period.

Meanwhile, MPs will today debate the Financial Guidance and Claims Bill for the first time, after the government performed a surprise u-turn in the House of Lords and decided to add a ban on cold-calling to its provisions.

Brett Dixon, president of the Association of Personal Injury Lawyers, described the bill as “the best opportunity finally to stop CMCs from harassing all of us and encouraging false claims”.

He said figures from the Information Commissioner’s Office show that it received more than 25,000 complaints were made about personal injury cold calling last year, compared to 5,883 cold calls about PPI claims and just 521 calls about pensions – the area where the government had previously committed to banning cold-calls.