Regulation round-up: consumers to have 12 months to complain to LeO, plus SRA, LSB and IPS news 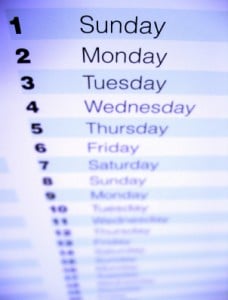 The six-month time limit for clients to complain to the Legal Ombudsman (LeO) is to be doubled from this summer, it has announced.

The new time limit, which takes effect from 9 July, runs from the date of receiving a final response from the lawyer. Any final response letters sent before that date should include the six-month limit.

The change is required by the ADR Directive, the purpose of which is to ensure that all consumers in the EU have access to an ADR scheme to seek redress when they have experienced problems with goods and services they have purchased.

LeO said in a notification published on its website that it has not consulted on the change given the mandatory nature of it.

Any further implications of the directive are still being considered; LeO has previously suggested that its jurisdiction be expanded to cover “linked professional services and advice that has a legal dimension”, rather than set up a patchwork of small redress schemes to meet the provisions of the directive.

The change follows parliamentary approval for IPS to award practice rights and authorise legal entities. “The new name will reflect CILEx Regulation’s extended role as the regulator for Chartered Institute of Legal Executives members, other specialist lawyers and legal businesses,” it said.

When the Institute of Chartered Executives gained chartered status, IPS did not initially change its name because the acronym ‘CPS’ was so clearly associated with the Crown Prosecution Service.

Dr Helen Phillips has been appointed as a new lay member of the Legal Services Board. She is the chair elect of Chesterfield Royal NHS Foundation Trust and also a member of the Sheffield Business School advisory board.

Previously she was the director of customer service and networks with Yorkshire Water, and chair of Loop Customer Management Ltd, a Kelda Group subsidiary.

Prior to this she was chief executive and board member at Natural England. She was employed by the Environment Agency, in a variety of roles including head of strategy and Wales director.

The three-year term carries a remuneration of £15,000 per annum for at least 30 days’ work.

The reports involve at least two incidents this month where telephone fraudsters posed as bank representatives.

The SRA said the callers use refined techniques to gain the confidence of those they call – known as social engineering – and obtain information enabling them to access accounts. They ask for ‘challenge and response’ codes, which are then used to authenticate payments and in some cases digital banking log on and password credentials.

Robert Loughlin, the SRA’s executive director of operations and quality, said: “We are very concerned about this increase in activity. The con artists are highly sophisticated in their approach and their script makes them sound as though they are genuinely who they say they are, even though what they are doing is trying to obtain confidential information.

“It’s not just ourselves at the SRA who are concerned about this increase in activity. Time and again solicitors across England and Wales are raising it as a serious issue during our discussions with them.”

The SRA cautioned that banks will never ask for passwords or account-related details over the phone. If employees are concerned about the authenticity of a caller, they should terminate the call and make further enquiries.

It said that to validate callers, firms should contact somebody they already know at the bank, using a separate telephone line. There have been examples of the scammers keeping telephone lines open, to intercept an outgoing call.