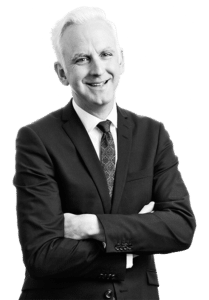 A law firm has acquired an alternative business structure (ABS) licence to facilitate an equity swap, as part of its bid to integrate with a firm of Singapore lawyers and comply with restrictive local laws on ownership.

Taylor Vinters, an innovative Cambridge-based firm, which has a Singapore office and has invested in IT start-up companies, was granted the ABS licence by the Solicitors Regulation Authority (SRA) in March, effective from the end of last month.

Managing partner Ed Turner, who is the ABS’s head of legal practice, told Legal Futures that the new structure had facilitated the cross-ownership of Taylor Vinters and the Singapore firm Via LLC – now Taylor Vinters Via – after a regulatory rule change in that country made it difficult for the branches of foreign firms to operate.

“Both those things were problematic because our international counsel model involved sub-contracting to a myriad of firms around the world to support our clients. But the one place we couldn’t do that was the place we had an office.”

Under Singapore rules, which were altered to provide additional protection for local firms from international competitors, foreigners could own a maximum of 30% of a local firm, which had to be owned and operated by Singapore-qualified lawyers.

Mr Turner said that Via, as a technology and IT entrepreneurial business firm, was a good fit with Taylor Vinters. The two firms established a relationship and “the model that emerged was that we would swap equity, so over a period of three years we would effectively buy a slice of their firm with an equivalent value slice of ours”.

The new arrangement, which required an ABS to allow ownership of Taylor Vinters by solicitors who were not qualified in England and Wales, has created two firms that are “integrated and that integration is supported by the cross ownership”. The LLC is a member of the Taylor Vinters LLP in the UK and the LLP own shares in the LLC in Singapore.

He went on: “We are cross-owners of each other so there is every incentive for Taylor Vinters Via to make Taylor Vinters successful and vice versa. So it’s the closest we can get to being fully integrated in the context of that regulatory environment.

“ABS has facilitated that. It was reasonably novel for the SRA – particularly as the owner of the slice is the LLC. Obviously we had to provide all the information in relation to the people controlling [Taylor Vinters Via].”