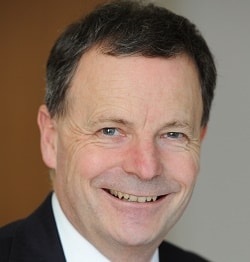 Regional law firms have a much more positive view of the impact of alternative business structures (ABSs) and other regulatory changes than City firms, a survey has found.

The annual benchmarking exercise conducted by accountants Crowe Clark Whitehill – involving 55 firms – said 45% of regional firms described ABSs as having a positive impact on their practices, compared to only 18% of City firms – perhaps reflecting that ABSs have not made much impact on the Square Mile.

None of the regional firms described these developments as negative, although 9% of City firms did.

However, when asked about the impact of the changes on the profession as a whole, the gap between City and regional practices narrowed, with 38% of City firms and 45% of regional firms seeing them positively.

There was also more negativity, however – 14% of regional firms thought they had damaged the profession, as did 19% of City firms.

These findings were also reflected in answers to a separate question on where the firms expected to source future financings. Whereas a few regional firms saw opportunities in external investment, no City firms were.

Current bank/finance providers were the overwhelming choice for regional firms, but City firms also had their eyes on capital from new and existing partners.

The survey found technology to be by far the most popular investment priority for regional firms. Some 43% said their most important investment over the next two years would be in technology, compared to only a quarter who believed it should be property and 21% acquisitions and lateral hires.

The survey found that for City firms, acquisitions and lateral hires were considered an equally important investment as technology (30% in both cases).

More than one in five City firms (22%) cited marketing as their top priority – none of the regional firms agreed.

As in 2015, regional firms said most commonly that availability of high-quality staff was the biggest challenge facing them (48%), compared to only 17% citing price competition in the market.

For City firms, the highest proportion (32%) cited price competition, with affordability, rather than availability, of staff coming in second place (23%).

Financially, a third of regional firms increased annual income by over 10%, compared to 27% of City firms – but more than one in five of both reported falls in turnover.

Louis Baker, head of professional practices at Crowe Clark Whitehill, said: “It is encouraging to see that growth has been steady if not spectacular for both regional and City firms, with regional firms reporting stronger rates of growth.

“The challenge now will be to maintain this growth over the next 12 months. The results paint a picture of an increasingly competitive market place, with firms willing to adapt pulling ahead of firms who are less change-ready.

“The good news is that lock-up days have remained relatively consistent for the second successive year, signalling more focus on cash-flow discipline. This discipline will be more important than ever in a climate characterised by uncertainty and we would urge firms with lock-up issues to take action immediately.”