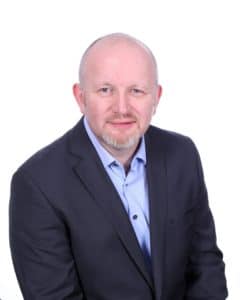 A regional law firm based in Peterborough has taken on the big referral networks by launching a niche scheme of its own.

Duncan Jackson, head of BUCKLESconnect, said the network, launched this month, specialised in advice on French and Spanish law, planning and construction, along with contentious probate.

The demise of Pannone’s Connect2Law led to several of the previous ‘hub’ firms continuing their local networks under their own brands, including Fusion Legal, an East Midlands network operated by Nelsons, which launched in 2014 with 176 members.

Mr Jackson said although BUCKLESconnect was a “different animal” to larger networks like Fusion, it would be a direct competitor in the area of contentious probate in Nottingham, where Buckles and Nelsons have offices.

Mr Jackson said the Buckles network had 30 member firms – a figure he hopes to double by the end of the year. Buckles has 12 partners and around 60 lawyers.

“We need to move away from solutions which suit us best as lawyers to solutions which are best for the client,” he said. “It may mean working with accountants, IFAs and other lawyers.

“As lawyers, we’ve not been good in bringing in other professionals. Our focus has been on the transaction, rather than building the relationship.”

“A lot of firms have a private client department, but not necessarily the expertise to deal with contentious probate. It’s a big growth area for us.” He said contentious probate instructions had gone up by 300% in the last three years.

“What we’re finding is that smaller firms have different needs. Private client is becoming an increasingly complex area.”

Mr Jackson said BUCKLESconnect had taken over all the private client work of a couple of member firms, which had struggled to recruit the right staff. In one case, he said Buckles was effectively working as a subcontractor for the firm, four days a week. In the other, it dealt with private client work when needed.

Of the 30 member firms, Mr Jackson said a couple were bigger, but most were a similar size to Buckles. He said that around a third were made up of sole practitioners and two-partner firms.

He said the services provided by the network to members extended beyond specialist legal work to IT support, in the case of a firm wanting to scan all its archive files.

Mr Jackson said the firm operated in exactly the same way as Fusion Legal in charging member firms referral fees, in the case of BUCKLESconnect set at 10%.

Like the other networks, Buckles agrees not to contact clients referred by member firms, which remain their clients.

As examples, he said Buckles had sent regulatory advice work and a specialist road haulage query to Lawshare, and in return received work requiring advice on French and Spanish law.

He added that the network aimed to provide “more of a national service” than other networks.

“We’re not limited in terms of geography. Our French and Spanish teams work for all kinds of firms, all over the country.”