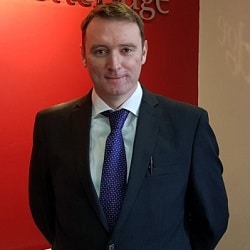 A regional law firm has launched a motoring law chatbot, the first of several bots that will cover family, employment, and conveyancing law.

The bot’s solicitor creator said he wanted to stop non-lawyers from deciding the direction of legal technology.

Meanwhile, a survey has found nearly three-quarters of consumers expressed a preference for a chatbot over a human lawyer to resolve their legal problems because it was cheaper and easier, while over half would pay more for an automated service for speed.

The ‘Driver Bot’, which was written by Andrew Kerrigan, an associate in nine-office Lincolnshire and Nottingham firm Sills & Betteridge, claims to give “motorists… useful information to help them address their road traffic offence-related questions and to assess if they might benefit from instructing a solicitor”.

The bot is supported by online advisers “who can join the conversation if necessary”, Mr Kerrigan said.

He admitted to having “no coding ability” and said he had learned how to create the bot – using an online development tool – because he had “grown concerned that we lawyers are not sufficiently hands-on and engaged [in legal tech] at my level of high street practice”.

He suggested: “We are in danger of allowing others, some of whom are positively hostile to my profession and have no experience advising or representing clients, to decide the direction of travel in legal tech, and therefore the future direction of legal practice”.

Mr Kerrigan told Legal Futures the bot “draws together information that is available from other publicly available sources such as… CPS charging standards and law firms’ sites.”

He explained: “Often people will call our office and upon learning that they are only at risk of points and fine they decide to proceed without legal representation. The bot can provide that information and… to that extent entirely resolve an enquiry.

“However, where someone is at risk of disqualification, community punishment or, worse, custody, then we encourage users to get in touch directly either via the live chat or by giving us a call.”

He said the firm also planned to create bots “that provide a similar service for frequently asked questions in family, employment, private client and conveyancing”.

He added: “Depending on what response we get to the driver bot, I am also considering building a sub-set of information for professional drivers.”

Separately, a survey of 1,000 consumers and 500 UK-based law firm IT directors by business adviser Olive Communications has found significant support for chatbots in the law.

The survey said seven out of 10 consumers who either planned to use legal services soon, or had done recently, preferred a “customer-facing automated online system” to handle their legal matter over a human lawyer because it was “cheaper, faster, and simpler”.

Almost a fifth said it was more convenient and 56% were willing to pay more for an automated service if it led to a faster resolution.

A third of consumers would also like solicitors to offer digital services such as video conferencing and instant messaging, the survey said, but two-thirds complained such a service had not been made available.