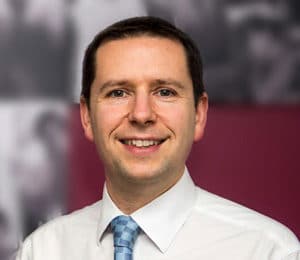 A high street law firm with offices across south Wales and Gloucestershire has become an alternative business structure (ABS) to assist ambitious plans to exceed its rapid growth in 2017 and enable its non-lawyer chief executive to become an investor.

Redkite Solicitors, which has 10 local offices, acquired four firms in 2017 and plans a similar programme of acquisition in 2018 as it seeks to become “famous” for the quality of its legal services.

The ABS licence, granted last month by the Solicitors Regulation Authority, has allowed its chief executive, chartered accountant Neil Walker, to invest in the business.

Mr Walker, who previously worked at accountants Ernst & Young and in senior roles in the Co-operative Group, told Legal Futures that after last year’s deals and 40% growth in turnover, Redkite intended to “continue on the same sort of trajectory” and acquire “another three or four reasonable-sized firms” this year.

He said the ABS “allows us to bring in other suitably qualified but non-lawyer senior managers into the business as well, to run it more like a traditional business rather than a law firm in terms of having the right mix of skills as we look to grow it”.

The firm would consider both external investment and incorporating non-lawyer professional services in the firm in future. Possible skills the firm might offer included those provided by “HR and IT professionals”.

Redkite was formed in 2011 from a merger of two regional firms in Pembrokeshire and Carmarthenshire, Lowless & Lowless and Morris Roberts. It has since acquired several firms, most recently Charles Crookes in Cardiff, George Tudor & De Winton in Brecon and The Phoenix Legal Group, which had a presence in two locations in Gloucestershire.

Mr Walker said he took over as chief executive of Redkite in mid-2015 and his first year had been spent “strengthen[ing] the foundations and the balance sheet ready to go for acquisitions and making sure the fundamentals were in place, such as our IT system.

“Our IT infrastructure was quite poor previously and we’ve spent a lot of time investing in it and making sure it’s nice and stable, so we’ve got the right tools to do the job and we can scale it up.”

He added that an advantage Redkite had that was not enjoyed by traditional partnerships was that he was not himself a fee-earner and so could focus on the strategic business plans.

He explained: “Lots of law firms make the right noises about growing and taking advantage of the market.

“But most of the time they have a managing partner who is also fee-earning and, understandably, the pressure of clients takes priority.”

He said: “We are very much wanting to become famous for delivering high-quality legal services on the high street, and our plans are to grow via acquisition, because entering [the] market as a cold start takes too long to get traction…

“What we are looking to do is build scale and use technology and process to improve client service; to improve efficiency [so] ultimately it’s a win-win for clients and the firm.”