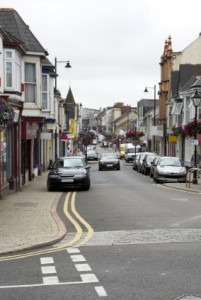 The removal of regulatory restrictions on in-house lawyers could provide greater access to justice for consumers, the Legal Services Board (LSB) has said.

It also warned the Solicitors Regulation Authority (SRA) and Bar Standards Board (BSB) that the reviews of the rules for in-house lawyers they are starting “will need to be far reaching”.

In February the LSB issued a discussion document that called on regulators to justify restrictions in their rules that went beyond what is required by the Legal Services Act, as those of the SRA and BSB currently do.

The response paper published yesterday highlighted three main themes that emerged from the 18 regulators and other interested parties that replied.

First was how much the regulation of in-house lawyers has a wider impact than can be addressed with a simple: “It is therefore likely that any review of the rules for in-house lawyers undertaken by regulators will need to be far reaching.”

Then there was the effect changes may have on consumers. “The removal of regulatory restrictions for in-house lawyers could provide greater access to justice for consumers,” the LSB said.

“One particular example of how current rules manifest for consumers in practice was highlighted by Peninsula, who noted in its response that its employees who are not authorised persons may provide unreserved services direct to the public, when its solicitor and barrister employees cannot.

“However, regulators must balance access to justice against managing risks around potential consumer detriment caused by inadequate protection for when things go wrong. For example, only complaints about unreserved advice provided by authorised persons are eligible for consideration by the Legal Ombudsman.”

The third theme was consistency across both legal services regulators and lawyers working in-house and those who are not.

“However, such an approach would need to be an informed one that carefully balances the need to ensure that risks to consumers are managed while at the same time recognising that differences in rules will influence consumers’ access to legal services.”

The LSB recorded that the SRA has already committed to a fundamental review of its rules on in-house lawyers – it intends to consult in the autumn and to implement its new regulatory approach from April 2016 – while the BSB has just begun one as well as a matter of priority.

The LSB welcomed the reviews, but was concerned that the SRA’s timetable “appears tight for such wide-reaching plans”, and that the BSB took enough time as well.

“BSB has now identified a number of issues that emerge in the operation of some of its other regulatory rules, which mean a review of its rules for employed barristers will be more extensive than it had previously thought,” it said.

It also urged the two to communicate with each other during the reviews to address the concerns over consistency.

The LSB will publish its own final recommendations on regulatory restrictions on in-house lawyers in the autumn.