Reform agenda to create “two-tier Bar”, with bulk of chambers to suffer 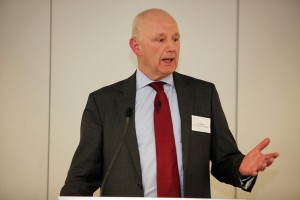 Legal aid cuts, the Jackson reforms and the introduction of competitive tendering for criminal law work will split the Bar into a two-tier profession, with mid-sized generalist chambers set to suffer, a specialist Bar consultant has predicted.

Ian Dodd, of Bar Consultancy Network, said the bulk of the Bar “will lurch downwards as incomes fall and costs rise”, meaning only fundamental change can save them.

He split the 330 chambers in England and Wales into three categories: around 30 with fewer than 30 members, with those not occupying niche, lucrative areas of expertise “doomed to extinction through that and lack of income, management and direction”; another 30 or so who are either very big and/or very good in commercial, chancery, tax and other areas, and “managing their cost base and maximising their incomes”; and the 270 chambers in between.

“Typically, they will have 40/50 members, have no particular areas of expertise, might be over-reliant on one or two star performers and be heavily dependent on publicly-funded work. Indeed, there many who rely on this for 75-90% of their income,” Mr Dodd said.

“With the continued downward pressure on fee income, the almost certain guarantee of the collapse of the current market for PI work after Jackson, the significant reduction in publicly-funded family work when LASPO bites at the end of March and the spectre of competitive tendering for crime work, the outcome is bleak for some of those 270 chambers.

“Innovative, inspirational and game-changing strategies will ensure some survive and prosper. Few have started this process, some will manage it though many won’t. Diversifying into other areas of work where the cost of entry isn’t prohibitive and there’s a ‘grass is greener’ look about it won’t work. Better practitioners are already there and, if they’ve got any sense, won’t allow their incomes to be diluted by an over-supply of barristers and a race to the lowest fees.”

The consultant said “salvation will require much more than that”, especially in a market where in many areas of work – particularly crime and family – there is an “extravagant excess of barristers for the work available”.

He explained: “If there wasn’t, higher fees would be easily obtained and diaries would be full. They aren’t and, until demand exceeds supply, it will remain so. Given the high number of applicants for pupillage and tenancy this balance is a long way off.”

Instead, Mr Dodd predicted, life at the Bar will become tougher and the tensions which already exist in some of the 270 will heighten. High-earning members will be less inclined to pay their share of chambers’ expenses as their publicly-funded colleagues, on diminishing incomes, pay ever less.

“The criminal barrister, whose needs for library, IT, accommodation and administration support, is comparatively small, might be bitter about chambers money being spent, as he sees it, lavishly on others. This divergence has caused schism in chambers before and the frequency of that is liable to increase.

“The Bar will, I expect, become a two-tier profession. Highly profitable sets, engaged in high-end work with a stable and growing client-base, will attract the best talent and inhabit a separate, self-perpetuating world as the Bar expands its well-deserved reputation, at home and increasingly abroad, for specialist work.

“The bulk of the Bar, mired in falling fees and at the mercy of politically generated austerity, will lurch downwards as incomes fall and costs rise. Only a fundamental and empirical re-appraisal of everything they do and how they will do it might save them.”