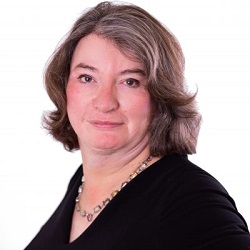 A barrister suing her chambers and Stonewall has told counsel for the LGBT charity to “reflect on her ethics” after the latter engaged with her on Twitter.

Allison Bailey has brought an employment tribunal claim for victimisation and/or indirect sex or sexual orientation discrimination against Garden Court Chambers – a member of Stonewall’s diversity champions programme – for detriments she says she suffered after she was highly critical of Stonewall’s approach to transgender rights.

She alleges that Stonewall instructed, caused or induced the unlawful conduct.

At the heart of the case is Ms Bailey’s opposition to replacing sex with gender when it comes to identity and Stonewall’s policy of accepting as women people who were born as men but who then identify as women.

Robin White, a transgender barrister at Old Square Chambers, acted for Stonewall earlier this year in an unsuccessful bid by the charity and the chambers to have the claim struck out.

On Sunday, Ms Bailey tweeted in support of a guide entitled ‘Boys and Girls and the Equality Act’, produced by Transgender Trend, an organisation that describes itself as “calling for evidence-based care for gender dysphoric children”.

Ms White replied, describing the guide as “partisan, incomplete and misleading” and saying “if followed would cause schools to act unlawfully towards trans children”.

In response, Ms Bailey said she believed there was “no such thing as a ‘trans’ child. There are children who experience gender dysphoria”.

There were more exchanges before Ms Bailey wrote: “Robin, you have chosen to insert yourself into my timeline. It’s for you to reflect on the ethics of this.”

Other commenters questioned whether it was appropriate for Ms White to do this, given her role in the tribunal case.

Yesterday, Ms Bailey’s solicitor, Peter Daly, a partner at Doyle Clayton, tweeted a screenshot of the exchange, saying: “For those in my DMs [direct messages] asking – Yes, this is what it looks like: The barrister for Stonewall, trying to question my client, a lay opponent in live proceedings against Stonewall, via Twitter.”

Ms White had no comment when contacted by Legal Futures.

Though she appears to have deleted the exchange from her timeline, she has linked to criticism of what she did from comedy writer Graham Linehan – who has spoken out against what he has called trans activism – describing it as a “badge of honour”.