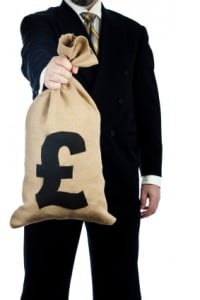 An increasing tendency among solicitors to pay referral fees to each other and to use solicitor-advocates is diverting work away from junior barristers, ultimately threatening the quality of the judiciary, according to the Bar Council.

In an advisory note, the council’s ethics committee drew attention to the Bar’s prohibition of referral fees and warned that barristers were coming under pressure from “certain solicitors” to enter into referral agreements.

Ostensibly the non-binding advice simply reminded barrister that the payment by a barrister was forbidden under the Bar Standards Board’s Handbook, a position strongly supported by the Bar Council’s professional practice committee (PPC).

But buried in an explanatory annex following the advice was a powerful analysis of the troubles afflicting the junior Bar, which the PPC suggested would only be made worse by cuts in legal aid funding.

It amounted to an argument for the extension of a referral fee ban beyond personal injury cases to an across-the-board ban. Referral fees have a “negative impact” on clients and “operate against the public interest”, the PPC said, adding: “They threaten to compromise the integrity of those who receive them. At best they limit the client’s choice of advocate: at worst, they can result in the lay client receiving a substandard service.”

The payment of referral fees between solicitors’ firms and freelance solicitor-advocates was “now commonplace”, particularly in criminal practice, the committee said.

Public funding cuts, such as a further reduction of police station fixed fees would “incentivise” solicitors “to brief advocates based on economic criteria rather than on which advocate would provide the best representation for the lay client”.

Painting a bleak picture of the future of the family and criminal Bars, the PPC said young barristers were being frozen out of work that was vital to their earning capacity now and to the experience they needed for the future. The quality and diversity of the junior Bar would suffer, as would the senior Bar and judiciary, it suggested.

“The payment of referral fees within the legal market is… having a damaging effect upon the viability of practice for younger members of the Bar, particularly where representation is publicly funded. In the long run this can only damage the whole of the Bar…”

“The payment between solicitors of referral fees and the consequent increased use of solicitor-advocates has diverted work away from young practitioners at the family and criminal Bars. As a result, young barristers are losing valuable experience at an important stage in their career, are suffering financial hardship and, in crime, are finding difficulty in establishing a Crown Court practice.

“This has affected not only those barristers who are currently at the Bar, but is likely to discourage the brightest and best applicants from coming to the Bar.”

It continued: “Pupils typically begin their career at the Bar many thousands of pounds in debt. An effect of referral fees is ultimately likely to be to dissuade those from less privileged backgrounds from a career at the Bar.

“The junior Bar will not only see the quality of its new members diminish, but also its diversity. In time, this will impact upon the quality and diversity of the senior Bar and the judiciary.”