Referral fees are not too high, says influential body after 18-month investigation 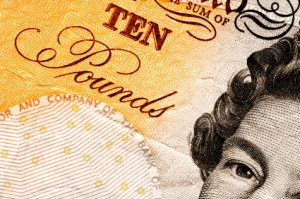 Profit: no evidence that claims management companies are making too much money

There is no reason to reduce the level of the guideline hourly rates (GHR) so as to strip out the cost of referral fees, an influential committee has concluded.

In the latest blow to the anti-referral fee campaign waged by the insurance industry – whose representative on the committee has resigned – the Advisory Committee on Civil Costs (ACCC) found no evidence that referral fees are too high and said claims management companies (CMCs) do not make excessive profits.

When setting interim GHR for 2009, the ACCC – which was set up by the Ministry of Justice – said it wanted to investigate the reasons for the 20-35% difference between the hourly rates of claimant and defendant solicitors in personal injury (PI) and clinical negligence cases before finalising them.

This work has finally been concluded and the ACCC – which is chaired by leading economist Professor Stephen Nickell – found that in PI, the difference was down almost solely to referral fees, which the Association of British Insurers (ABI) said are at the level they are simply because of the GHR. But the committee said it was “not persuaded” by the analysis of the ABI that the GHR should be moved down to defendant solicitors’ levels, a conclusion with which it said ABI representative Dominic Clayden of Aviva “was not in agreement” prior to resigning. “The fact that marketing costs are high in PI cases is not, per se, a very powerful argument,” the committee said. It is no surprise that PI lawyers spend a lot more on marketing than employment or divorce lawyers – a key criticism of the ABI – because such marketing can generate more new cases than in those other fields of law.

An analysis of the public accounts of limited companies also pulled the “thread running through the ABI argument… that CMCs are making excess profits”, finding that they are making the same level of profits as comparable non-CMCs. However, the report said: “But it could be that CMCs are grossly inefficient, thereby dissipating the excess profits. In this case, of course, we may be led to ask why more efficient CMCs do not enter the market and capture the readily available profits on offer. There may be some barriers to entry here, but it is not easy to pinpoint precisely what they are.

The ACCC also found the rates difference in clinical negligence cases to be justified, although for different reasons: the cost of screening work in cases that are then turned away, not all of which is covered by success fees; the much greater cash flow costs of working under conditional fee agreements; and the costs of dealing with clients and volatile work flow.

As a result of the ACCC’s recommendation, the Master of the Rolls today confirmed as final the interim rates, which were uprated earlier this year. The committee said the GHR should be uprated annually by the percentage rise in the annual earnings index for private sector services as the GHR “essentially reflect the wages of solicitors”.