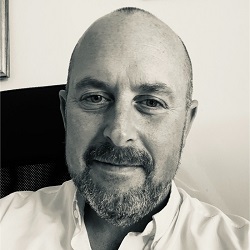 A legal recruitment specialist has launched what is believed to be the first automated data tool for law firm mergers.

Richard Park, who is also chief executive of MDR Mayfair Executive Search, said the tool was the driver of his tech platform Legal Target.

There were more than 100 law firm mergers last year and no sign of activity slowing down, he said.

Many firms had merger and acquisition (M&A) strategy groups made up of two to three partners or board members, Mr Park explained.

“I’ve sat in on a lot of M&A board meetings for a real range of firms, and the early stages of due diligence are so time-consuming.”

By providing the data that firms needed to instantly assess suitability, such as financial performance, breakdown of work and the debt position, Mr Park said Legal Target could save them time and money.

The platform also provides a solicitor search-mapping function aimed both at recruitment consultants and law firm HR departments, allowing them to search the market by functions such as specialism, PQE range, title and geography.

The cost of a monthly subscription for an advanced user of the search functions is £29 plus VAT and for the M&A service £249 plus VAT.

Mr Park said he started development work on Legal Target in 2018 before launching in September 2020.

He said the idea came to him when he was advising a top 30 law firm on its M&A strategy and putting together a report on three target firms.

He wanted to demonstrate how merging with each of the firms would impact on his client, but there was no easy way of “grabbing all the data from the market and putting it into a report format”. It occurred to him that “we could automate that”.

The launch was planned for March 2020, but put on hold as the pandemic struck. Then in the summer, “a lot of law firm clients said they wanted to continue with their hiring strategy” and there was no longer any reason to delay.

Mr Park said he did not want to share details of subscriber levels for the M&A or other services, but he was carefully assessing foreign jurisdictions and had identified one where the success of Legal Target in the UK could be replicated abroad. He said this was likely to happen next year.

The recruitment specialist said the firm was owned and financed entirely by him and had two permanent sales and development staff. He was building an office for the firm in Hartney Wintney, Hampshire, and it would also have a London hub.

Rebecca Burford, a corporate partner at Charles Russell Speechlys, has been appointed as non-executive director to the board of Legal Target.

She specialises in early stage capital investments, private equity and M&A work, with a particular focus on clients in the tech sector.

MDR Mayfair provides a specialist advisory service for high net-worth families as part of the Mischon de Reya Group. The executive search division aims to help in the hiring of key personnel for single family offices and individuals.