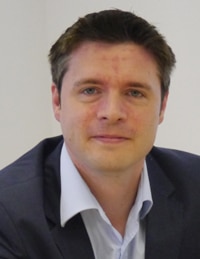 Redde plc – the AIM-listed accident management company that owns two law firms, announced record results yesterday, and also that it has taken full ownership of the smaller of its alternative business structures (ABSs).

Turnover grew 53% to £379m, with profit before tax up a similar amount to £34.6m – some of which was attributable to its acquisition of fleet accident management group FMG last year. Turnover grew 28% on a like-for-like basis.

A Legal Futures analysis at the start of this year showed that it was the best performing ‘legal’ stock on the market.

It told the market: “NewLaw has continued to build its range of services and pursue the additional opportunities available to it as the group expands its reach into the marketplace. During the period to date NewLaw has been successful in pursuing applications to set up further ABSs with additional partners.

“The most recent of these is in partnership with the Royal College of Nursing which commenced on 1 April 2016. This is in addition to the ABS arrangements entered into with the British Medical Association shortly before the last year end.

“NewLaw continues to pursue other opportunities for partnerships with insurers, trade associations and other related brands via ABSs. Following the acquisition of FMG, one of NewLaw’s ABSs, namely FMG Legal LLP, has become 100% controlled by the group.

“Principia Law, our other legal services business, has continued to build its business making an increased contribution to the group as well as attracting new corporate clients whilst also continuing to provide the group with expertise in relation to credit hire recoveries, particularly those cases requiring more specialist attention.

That minority stake was held by Ethica Law, a company whose directors are solicitor and Principia managing director Peter Jerman, and barristers Maria Mulla, Christopher Perry, Steven Smith and Richard Wilcock, who were previously at Palmyra Chambers – which closed down earlier this year – and are now members of No5 Chambers.

Redde chief executive Martin Ward said: “This is a strong set of results driven through the delivery of our growth, profitability and sustainability strategy, which continues to be our focus. We have seen good levels of like-for-like growth and the performance of FMG, acquired in October 2015, has been solid. The new period has started well and together with the pipeline of opportunities the board remains confident on the prospects of the group.”