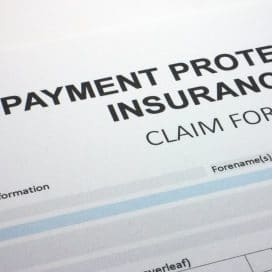 PPI: Fine a “credible deterrent” to others

A law firm that specialised in mis-sold payment protection insurance (PPI) cases has been fined a record £125,000 for a raft of rule breaches, including sending millions of misleading and unsolicited marketing letters.

The SRA said that, with the deadline for making PPI claims approaching later this year, it was sending out a message to other solicitors operating in the area about the need to comply with its rules.

It is the starkest case to date illustrating difference between the Solicitors Regulation Authority’s (SRA) powers to deal with alternative business structures (ABSs) and traditional law firms.

To impose any fine above £2,000 on traditional firms, the SRA has to refer them to a disciplinary tribunal. However, in the case of ABSs – which Findmyclaims.com Limited (FMCL) is – it can fine up to £250m (and £50m for individuals working in ABSs).

This is the largest fine the SRA has issued to date under this power, outstripping the £80,000 handed to Slater & Gordon last year. The highest tribunal fine is £500,000 for US firm Locke Lord.

It also issued a rebuke to Stevenage, Hertfordshire-based FMCL.

The firm was granted its ABS licence in November 2016 – some eight years after it first started operating – and over the next 10 months settled 17,855 PPI claims, recovering more than £42.6m in damages.

According to a regulatory settlement agreement published today, the SRA’s investigation began in response to complaints by “several” members of the public.

The agreement said that, in an effort to increase the likelihood of the letters being opened and read, they were sent in plain envelopes including the words ‘Important information enclosed’ and ‘Authorised and regulated by the Solicitors Regulation Authority’.

The marketing letters referred to the skilled work of its “forensic investigators” when FMCL did not at the time employ anyone with that job title.

This was all a breach of O(8.1) in the SRA code of conduct, which requires marketing to be “accurate and not misleading”.

There were further breaches in FMCL’s client inception process, in which it did not verify that it was taking instructions from the person who was entitled to bring the claim.

“On at least one occasion, the firm thought it was acting for a client when in fact it was taking instructions from a third party who was impersonating them.

“The person entitled to make a claim, and by whom the firm thought it was instructed, had died some years earlier.”

Further problems arose when the answers to an online questionnaire filled in by clients were automatically transposed and formatted into the claim bundle.

Until November 2017, if the client answered no to the question ‘Did you have existing insurance cover?’, but yes to ‘Other than your employer, if you were unable to work, would you have had any other way of making your repayments?, the system automatically added a sentence to the bundle saying “I had existing insurance cover/contingencies in place to cover my repayments”.

The agreement said: “This sentence was potentially misleading because it did not make it clear that the client did not have insurance in place.

“Nor did the clients’ answers to the questionnaire, given after the event, provide sufficient grounds for the firm to accurately state that, at the relevant time, the clients had contingencies in place to make repayments.”

Further, this additional sentence was not specifically drawn to clients’ attention when the bundle was sent to them for checking.

The final breach over the period was that FMCL did not record all its dealings with office money relating to client matters on individual client ledgers.

However, the agreement said that, since the SRA’s investigation, the firm has addressed and remedied each of the issues identified.

In addition to the specific breaches, FMCL admitted that its conduct failed to maintain the trust the public places in it and in the provision of legal services.

The SRA said FMCL’s conduct was reckless. “Whilst the firm did not deliberately seek to mislead potential clients, defendants or the court, it did not take sufficient care to ensure that it met the high standards to which the SRA holds those it regulates.

“It did not apply appropriate controls or exercise proper judgment to ensure that its publicity and claims bundles were accurate. Nor did it give adequate consideration to whether its existing accounting practices properly recorded its dealings with money relating to clients’ matters.

“The SRA and the firm agree that the impact of the misconduct was moderate because it had the potential to affect a very large number of people and, where the firm was instructed to seek the recovery of mis-sold PPI, to result in misleading information being given to potential defendants and the court.”

The regulator said it was “also mindful of the need to create a credible deterrent against the firm and others committing similar breaches in the future”.

The seriousness of the misconduct and its impact meant that a fine of between 0.6% and 1.3% of the firm’s annual turnover – the third highest of the four penalty brackets in the SRA’s financial penalties guidance – was appropriate.

However, this was reduced by 20% to reflect FMCL’s co-operation with the SRA and steps it has taken to prevent similar breaches from occurring again.

An SRA spokesman said: “The fine we have agreed with Find My Claims is substantial, and is our largest ever. It reflects the millions of letters with misleading information that were sent out across the UK and that this was no isolated incident.

“However, after the misconduct was discovered, the firm co-operated fully with us and has changed its processes accordingly to make sure this does not happen again.

“The deadline for making PPI compensation claims is now only six months away, so marketing activity will doubtless increase.

“We are clear that all firms involved in this work must adhere to the standards we set – we will take robust action if we are given evidence of misconduct.”