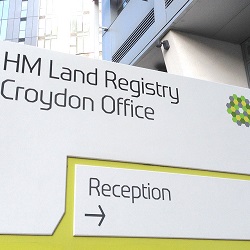 A solicitor’s failure to conduct proper client ID checks and to confirm that the client owned the property he said he did inadvertently facilitated a fraud, it has emerged.

The Solicitors Regulation Authority (SRA) has rebuked Samuel Palin, a sole practitioner in Northumberland at SJ Palin & Co, as a result.

According to a regulatory settlement agreement published yesterday, ‘Mr A’ attended Mr Palin’s office without an appointment in April 2019.

He explained that he had borrowed £53,800 from Mr B, his mother’s former partner, and had a few days earlier bought a property which he intended to renovate and then sell. The proceeds would be used to repay Mr B.

He wanted Mr Palin to prepare a letter to confirm this agreement so as to reassure Mr B about the repayment. Mr Palin advised that it would be better to use a declaration of trust as it could be registered against the property.

Two days later, Mr A provided his passport for Mr Palin’s client identification checks but not evidence of his residence or that he owned the property. The solicitor in turn gave Mr A a draft declaration, which he signed unwitnessed.

Mr Palin wrote to Mr B the same day and, in error, enclosed that version of the declaration instead of a unsigned draft.

Mr B called a week later to say his checks had revealed that Mr A was not the owner of the property. Mr Palin replied that the Land Registry may not have updated its records, given the short time that had elapsed since the transaction.

Mr B agreed that the declaration should submitted for registration.

HM Land Registry (HMLR) contacted the solicitor a fortnight later to advise that Mr A was not the registered owner of the property. Mr Palin’s efforts to contact Mr A failed and HMLR rejected the application.

Relatives of Mr B then told him that they believed Mr B had been a victim of fraud and had given Mr A more money after receiving the declaration of trust because he believed it safeguarded his interests.

Mr Palin admitted preparing the declaration and then sending it to Mr B, when he had failed to conduct adequate client identification checks and failed to verify that his client owned the property.

In mitigation, he pointed out that he had attempted to protect Mr B’s interests by submitting the declaration to HMLR even though his client had not paid him the fee for it, while Mr B had not indicated that he intended to make additional loans to Mr A after receiving it.

He also had a clean disciplinary record until now, while the SRA acknowledged that he has since made improvements to his client-inception process and “this appears to be an isolated incident with a low risk of repetition”.

The SRA decided a rebuke was the appropriate outcome because Mr Palin’s behaviour was “reckless as to the risk of harm to Mr B”, and it was needed to maintain professional standards and public confidence.

“Any lesser sanction would not provide a credible deterrent to Mr Palin and others.”