Rebuke for solicitor who made offensive comment to blind client 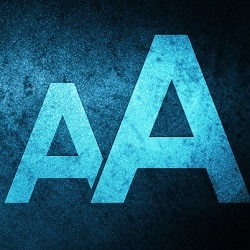 An experienced partner has been rebuked for making an offensive comment to a blind client.

Richard Anthony Bull asked the client, who had wanted a form enlarged so she could read it, if she wanted him “to come to your house and paint it all over the walls”.

The incident took place in front of others at AH Page in Ilford, Essex and Mr Bull immediately apologised.

When the client – for whom Mr Bull still acts – reported the matter to the Solicitors Regulation Authority (SRA), she said his comments made her feel belittled and discriminated against.

According to a regulatory settlement agreement published yesterday by the SRA, the client instructed the firm to act for her in a probate matter relating to her late father’s estate.

The client has impaired vision to the extent that she is registered blind, along with deteriorating health. Due to this, she required additional support in administering the estate and attended the firm on a regular basis.

The client told the firm that her eyesight was getting worse and Mr Bull began writing to her in a larger font size. Some month later, he increased it to what he said was the largest font size the firm could manage.

The incident followed shortly after, when the client attended the firm to request that a form be enlarged further.

In mitigation, the solicitor said the comment was made “in a moment of frustration and without prior thought or reflection”, and was an isolated incident that was out of character.

Further, he said he apologised A immediately and has expressed remorse for his actions, while he considered that he has always had a good relationship with the client, which remains ongoing

Also, Mr Bull said both he and his wife have provided the client with support outside of the solicitor-client relationship.

The SRA said the outcome was proportionate “because it marks the seriousness of Mr Bull’s misconduct whilst also recognising the mitigation”.

Meanwhile, a trainee solicitor who attended a police station while drunk and in possession of cocaine has been made subject to a section 43 order, meaning he cannot be employed by an SRA-regulated firm without its permission.

William Bowes Mawdsley, who at the time worked for Hine Solicitors in Beaconsfield, Buckinghamshire before being dismissed, was there as a police station representative.

He was convicted at Wiltshire Magistrates’ Court of driving a motor vehicle with excess alcohol, and possession of both cocaine and cannabis.

In addition to the section 43 order, he was rebuked and ordered to pay costs of £600.