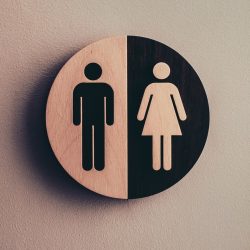 Diversity: Women were underrepresented at partner level in firms of all sizes

The biennial snapshot of the solicitors’ profession shows the “real challenges” for large firms in making progress towards diversity, the Solicitors Regulation Authority (SRA) has said.

The largest firms (50+ partners) have the lowest proportions of female partners, ethnic minority lawyers and disabled lawyers, when compared to other firms, and the highest proportion of lawyers who went to fee-paying schools.

Some 90% of law firms reported their diversity data to the regulator in late summer 2021, representing information from 181,333 people working in 8,782 firms. The analysis includes the ‘prefer not to say’ responses, which is the approach now used for reporting diversity data.

Women were underrepresented at partner level in firms of all sizes, but to a greater extent in the largest law firms – in all, 35% of partners were women (up from 34% two years earlier), but it was only 31% in the largest firms.

Overall, 52% of solicitors were women and as such were under-represented in areas like criminal law (39%) and corporate law (46%).

The overall proportion of Black, Asian and minority ethnic lawyers (BAME) working in law firms rose by half a percentage point to 17%, compared to 13% of the wider working population.

Within that figure, allowing for rounding, 12% were Asian and 2% were Black, compared to 7% and 3% respectively of the UK workforce.

Though there was only a small partnership disparity (16% of BAME lawyers were partners), “significant differences become apparent when we look at the breakdown by firm size”, the SRA said.

At the other end, 17% of lawyers were from a lower socio-economic background, compared to 39% nationally.

There continues to be potential under-reporting of disability, with just 5% lawyers saying they had a disability (up from 4% in 2019), compared to 14% of the UK working population.

A third of lawyers have primary caring responsibilities for children and 8% care for others with long term physical or mental ill health cause by disability or age.

SRA chair Anna Bradley said: “These latest results show that while we continue to see change for the better across many areas, work is needed to achieve real diversity and inclusion across the sector as a whole.

“Diversity for Black, Asian and minority ethnic solicitors and women at senior levels is a particular challenge at large firms. We know that many firms have excellent initiatives in place to address progression and retention, but there is clearly more to be done.

“We will be using this data to inform our decisions about the contribution we can make to bringing about the difference we all want to see. We encourage everyone else to do the same.”