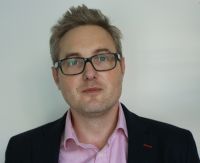 Hanmer: “Major chapter” in story of the Bar

The Bar Standards Board (BSB) has spoken of a “real appetite” for change as barristers aiming to set up 18 niche advocacy firms contacted the regulator in its first week of accepting applications from would-be entities.

The BSB opened its doors to applications on Monday but, for technical reasons, will not be able to approve the first ones until April.

A spokesman for the BSB said at least four of the potential new firms would have between two and five authorised people – a much higher proportion than the BSB predicted. The regulator estimated that within three years only around 3% would have more than one authorised person.

Oliver Hanmer, director of supervision for the BSB, said: “That we’ve heard from almost 20 applicants in just over 48 hours shows there is a real appetite among many at the Bar for doing things differently.

“Applications are considered on a ‘first come, first served’ basis, so I’d advise barristers considering setting up a BSB-regulated entity to get in touch with us as soon as possible.”

The BSB spokesman said that 10 of the 18 applicants are based in London, two in Birmingham, two in Nottingham and two in Rotherham, one in Manchester and one in Brighton.

“This is a major chapter in the story of the Bar,” Mr Hanmer went on. “In his review of criminal advocacy, Sir Bill Jeffrey was stark about the need for advocates to adapt the ways in which they do things in order to thrive in a changing market.

“As a regulator, it is our job to do what we can to enable barristers to alter the ways in which they can structure their practice so it better meets clients’ needs.”

The spokesman said some applicants have started the application process while others have registered an interest to apply and are yet to start.

The BSB has reduced slightly its proposed charges for single person entities. The application fee is £260, the authorisation fee is £330, while the annual fee has been cut from £390 to £365.

Barristers will be able to form companies, partnerships or LLPs. They will be not, for the time being, be able to create alternative business structures regulated by the BSB. The regulator is to make a separate application to the Legal Services Board to become a licensing authority later this year.