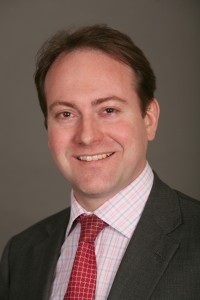 Over 1,300 solicitors – from small practices to some of the biggest in the City – have joined rating and review website VouchedFor, and 1,100 client reviews have already been posted, the company has said.

The site, which began by rating independent financial advisers, extended its range to solicitors this summer.

Seth Lovis & Co, a four-partner commercial litigation practice based in central London, is the law firm with the highest number of individuals in the list of the top 50 solicitors to receive the highest volume of positive reviews.

Managing partner Seth Lovis said VouchedFor was following the example set by ratings sites for goods and services, like TripAdvisor.

“I can see it working for professional services in just the same way,” Mr Lovis said. “A small business trying to bring in a debt or protect its IP may only know the lawyer who did their conveyancing and need to find someone else.

Mr Lovis said the firm, founded in 2000, had recently set up a private client department. “I think we offer a really open, friendly service. Across the whole firm there is an ethos of good client relations. Most firms would say that, and it’s a bit clichéd, but clearly our clients believe in us because they’ve been willing to say so.”

The firm’s three solicitors in the top 50 are Andrew Maidment, Sarah Sarwar and Jennifer Gill.

Margaret-Anne Trench, founder of niche Surrey employment firm BarrCo Solicitors, is the solicitor on VouchedFor with the highest number of positive reviews – over 50.

Tom Wheadon, head of IT and communications at City firm Simmons & Simmons, is currently in second place.

“I’m a service provider,” Mr Wheadon said. “I have a lot of technology clients and they might find it easier to find out about me by VouchedFor than through traditional legal directories.

“It’s a really interesting idea, so I thought I would give it a go and see what happened. I’m delighted by the result.”

VouchedFor launched its recruitment drive for solicitors at the end of July. Sam Spurrell, new categories manager, said it had taken the website longer than expected to recruit over 1,000 solicitors because August was such a quiet month.

“We would hope to get another 1,000 on board by the end of the year, and hopefully we will do even better,” he said. “Now we can really push the site to consumers and say to them if you’re looking for legal advice, these are the people you can trust.”

Mr Spurrell said that there would always be free access to the site for solicitors, but pay plans would be introduced to offer them additional features and marketing services.

Adam Price, founder of VouchedFor, added: “Receiving reviews can be a daunting proposition for some, but many of our members have been truly overwhelmed by the positive things their clients have had to say about them.

“Many solicitors listed on VouchedFor.co.uk have already started to get new business enquiries from potential clients impressed by the reviews they have read.”