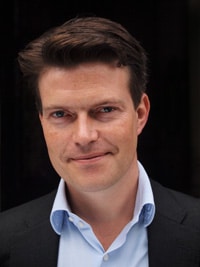 Innovative legal practice Radiant Law has moved to an in-sourcing model for some of its work by opening an office in South Africa last week – while also applying for an alternative business structure (ABS) licence to enable a leading retailer to become its chairman.

CEO Alex Hamilton said the South Africa move recognised that its offer of a ‘managed legal service’ for high-volume commercial contract work was a “major growth area” for the firm. The work was previously done in South Africa by LPO provider Exigent, which will continue to work with Radiant on high-value matters.

Mr Hamilton explained that while in high-value matters Radiant’s main contribution is the experience of its seven lawyers, for high-volume retainers “the whole process is where we add the value”.

Radiant works with clients to automate contract creation – meaning the client can do this and send out the first draft – and it then work from ‘playbooks’ containing standard responses and fall-back positions to speed up negotiations, providing partner-level support if required. The aim is to reduce the length and cost of the contract cycle.

The firm has hired Justin Cornish from US firm Latham & Watkins, where he was counsel, to head up the office in Cape Town, along with three other lawyers, with one more joining next month. Mr Hamilton predicted the firm would take a “very aggressive recruitment path” in South Africa.

The ABS licence will enable Greg Tufnell to become non-executive chairman. Mr Tufnell – the brother of former cricketer Phil – is a former managing director of Mothercare and Burton, and is currently chairman of three other companies, including Paragon Sports Management, which represents a host of leading sportspeople.

Radiant has also recruited its seventh lawyer in London, with Andy Sutherland joining from Reynolds Porter Chamberlain, where he was a legal director, to head up the outsourcing team.