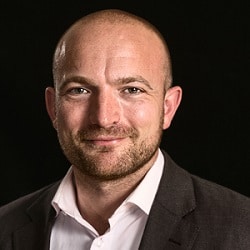 Bonuses for managers could be made contingent on improvements in social mobility and the representation of minority ethnic people in law firms, it was suggested yesterday.

A webinar on diversity and inclusion, organised by the Solicitors Regulation Authority (SRA), said progress was achievable if the will was there at the top.

Raphael Mokades, founder of Rare Recruitment – which specialises in diverse graduate recruitment and works with many top City practices – said law firms that wanted to improve diversity could do so if they really wanted to by tackling the issue “like any other business priority”.

Mr Mokades observed that if senior partners were on board, and operated fair work allocation processes for Black, Asian and minority ethnic (BAME) solicitors and those from less socially advantaged backgrounds, change was “totally achievable”.

He also proposed that successful appraisals of those in supervisory roles could depend on performance on the proportionality of outcomes for both BAME and working class lawyers.

The discussion considered why BAME lawyers left their firms on average more quickly than white lawyers did.

SRA chair Anna Bradley pointed out that BAME solicitors would “often experience a range of… obstacles including specifically a range of stereotypes”. A key issue was private education, which she said could “make a huge difference to people’s chances”.

She added that, while 19% of solicitors attended a private school, 23% of partners did. In firms with over 50 partners, 32% had a private education – although recent research involving 10 City law firms put the figure at 53%.

Mr White attended a comprehensive school but became a solicitor at Norton Rose Fulbright, before leaving in 2014 to attempt to change the legal profession by increasing diversity.

He warned that the need for social mobility sometimes went unnoticed, whereas race was more visible. Problems were evident at the recruitment stage because too few people from lower socio-economic backgrounds applied to law firms in the first place.

Mr Mokades believed it was generally a good thing that class was not a protected characteristic under the Equality Act 2010, because it meant the issue could be discussed and identified as a problem, he said.

Both men agreed that gathering and analysing statistics was key to making progress. Mr White said: “If you haven’t collected it and don’t have historical data, you can’t reflect on where you’ve been and you can’t project where you want to go.

“So fundamental to any movement and progression [towards] diversity and inclusion is data.”

Both men also supported the principle of law firms adopting targets on recruitment and retention rates. But Mr Mokades pointed out that if targets on proportionality in recruitment, retention and promotions had been met, other targets or quotas were rendered unnecessary.