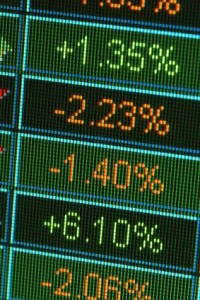 The shares of alternative business structure Quindell plc suffered yet another dive yesterday after it emerged that the company’s largest institutional investor has halved its stake in recent months.

After a disastrous week which saw two consecutive days of 20% share price falls, followed on Wednesday by a partial recovery, the AIM-listed stock dropped another 13.5% yesterday to 72p.

At their height in the early part of 2014, the shares were above 650p. Trouble then struck in April after a controversial report on the company by US analysts Gotham City Research halved its value, and the shares have been on a downward spiral ever since.

The trigger for the latest problems was the announcement last week – the details of which Quindell was forced to clarify on Monday – that three directors, including chairman and founder Rob Terry, had taken the unusual step of selling a substantial number of their shares to Equities First Holdings (EFH) so as to raise money to buy more shares. They will be able to buy back the shares in two years’ time, but EFH is largely free to do with them as it wants.

The share price has nearly halved since the arrangement was made public.

A stock exchange filing published yesterday revealed that major US investor Fidelity Investment and Research – which in the summer had doubled its stake in Quindell to 9.45% in a show of support – has since reversed that position and now holds 4.9% of the company. It is not clear when it began selling shares but the filing was required once its holding fell below 5%.

Quindell’s other two main institutional investors are M&G Investments – which has 6.7% of the shares – and Investec Asset Management, with 3.4%. The largest single shareholder is Mr Terry, with over 10% of the stock, including the shares handed over as part of the share sale and repurchase.

One of the reasons investors may have been spooked by the EFH deal is that the American company was only prepared to make the loan at 67% of the average price of the shares in the three days prior to the deal, meaning it paid about 83p. A lack of clarity in Quindell’s stock market announcements has also been blamed.