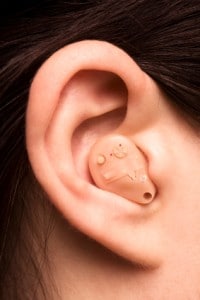 Quindell plc is on track to nearly double the number of staff working in its legal division to 1,500 this year – making it one of the largest practices in the country – as part of a plan that is seeing the alternative business structure target noise-induced deafness claims as a major growth area, it revealed this week.

In a ‘teach-in’ – which aims to help investors and analysts understand its business – Quindell also said that its fee-earners are now handling 400 portal cases at any one time, twice the number they had when it entered the legal market through buying Silverbeck Rymer.

Fee-earners working on non-portal matters have 275 open matters, up from 150 at the time of acquisition.

The AIM-listed company put these increases down to Quindell software and process re-engineering.

Quindell currently has 1,100 staff in its legal services division across 10 sites – of whom 75 are solicitors or chartered legal executives – having grown from nearly 800 at the start of the year. The plan is to hit 1,500 by the end of 2014, of whom 115 will be legally qualified. The presentation to investors said a ratio of 15 non-qualified fee-earners to one qualified allowed for “appropriate supervision”.

Investors heard that Quindell is migrating its customer base from 80% road traffic accident (RTA) claims and 20% non-RTA, to a 56/44 RTA-led caseload by the end of 2014. It is focusing on employer’s and public liability (EL/PL) cases, and particularly hearing loss claims.

Of the 6,600 EL/PL cases a month Quindell wants to run, 6,000 will be hearing loss claims, which each generate just over £9,000 in base costs, success fee, costs drafting fee and ‘ancillary’ income – nearly 75% of Quindell’s income from PI.

It said it was also bidding to reduce the £12m a month it spends on case acquisition – equivalent to around £800 per case – to £10m a month. Quindell is rebalancing its work sources from a greater reliance on insurance companies to an equal split between insurers, intermediaries and direct consumers.

Quindell is still seeking to recover from the shorting attack in April, which led to its share price halving from nearly 40p. Having dipped below 13p last week, in the wake of the company shelving long-held plans to move to the main list, the shares have rallied a little this week and closed yesterday at 17.75p.