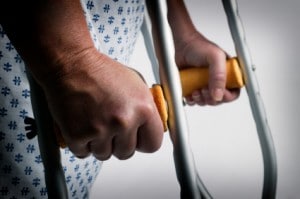 Silverbeck Rymer may not be the last law firm acquired by Quindell Portfolio as it targets rapid growth to achieve a 15-20% share of the personal injury market over the next year, the AIM-listed company’s chief executive has told Legal Futures.

Rob Terry said his offering of an outsourced claims-handling operation to insurers and others had already secured a contract from a major membership-based affinity group.

Quindell’s is still subject to receiving an alternative business structure (ABS) licence from the Solicitors Regulation Authority, while it has also recently bought medical reporting agency Mobile Doctors and a 29.9% stake in accident management company Ai Claims. Mr Terry said he wants to add doctors’ surgeries, small hospitals and national garage networks so that Quindell can control the entire supply chain and drive down costs for insurer clients in an ethical manner.

“We can price [the work] in a different way because we can take a view across the piece,” he said.

Ai currently generates 20,000 personal injury claims a year and further acquisitions of accident management companies are likely so as to gain more volume. Mr Terry said that some of these will have “strong relationships with certain law firms” – without this work such firms would collapse

, meaning Quindell could purchase them without having to pay a premium.

It is also substantially expanding its back-office operation in South Africa. Silverbeck Rymer will use this too, but he said Quindell had guaranteed that there would be no redundancies at the firm.

The company’s turnover is currently £220m and Mr Terry was confident that he could grow that to £7-800m over the next year, which he estimated would be 15-20% of a market worth £5bn in all – £1.5bn in legal services, £2bn in medical costs and £1.5bn in accident management. “I don’t feel it’s a stretch with the type of insurers I’m talking to,” he said.

He explained that the prospective referral fee ban and introduction of ABSs were changing the dynamics of the market. “I’ve been waiting to enter this market for 10 years or more. If it wasn’t for the banning of referral fees, there wouldn’t be the opportunity to grow the business as we are.”

Mr Terry expects about a third of insurers to take legal work in-house by buying a law firm, while the rest will continue to outsource it. His preferred model for them is for the insurer to set up a small ABS with Quindell’s help and then outsource the work on a profit-share basis; alternatively the relationship could work as an SRA-regulated joint venture.

“Every major brand in the UK should be looking at this,” he argued.

Mr Terry said he had no fear of the impending reduction in legal fees paid out under the RTA portal, as it suited the Quindell model of driving down costs. “Only the best firms in the industry with the technology behind them will be successful in future,” he predicted.

He also suggested that the advance of businesses like Quindell in cutting the cost of claims to insurers could reduce the industry’s growing focus on third-party capture.