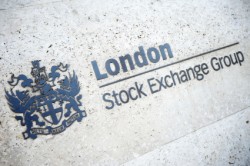 Alternative business structure Quindell plc indicated today that progress is being made on Slater & Gordon’s acquisition of its legal arm.

The AIM-listed company’s shares jumped by around 40% in early trading as a result, although by the close of the day the gain had eased back to 26%.

In a statement this morning to the stock exchange, Quindell announced that it has extended Slater & Gordon’s exclusivity period relating to the possible purchase of its professional services division to 31 March 2015.

The statement continued: “Discussions are progressing with [Slater & Gordon] and the indicative terms being discussed would imply a significant premium to the company’s market capitalisation at the close of trading on 20 February 2015.

“There can be no certainty that these discussions will lead to an offer for, or the disposal of, the PSD. Further announcements will be made, as appropriate, in due course.”

The statement was explicitly made in response to press reports, in all likelihood a reference to a Mail on Sunday article yesterday that suggested Slater & Gordon had reduced the amount it was willing to offer for the division from the £1bn Quindell hoped to raise from the deal to £700m. The paper described this as “a price at the bottom end of the original price range”, although still far in excess of the company’s stock market value at current prices.


It is the first time Quindell has publicly confirmed that Slater & Gordon is going after its professional services arm, which is largely made up of its law firm acquisitions Silverbeck Rymer, Pinto Potts and The Compensation Lawyers and is one of the country’s largest personal injury practices as a result.

Earlier this month, Slater & Gordon told the Australian Stock Exchange – where it is listed – that its discussions with Quindell “are ongoing and remain preliminary and incomplete. The purpose of the due diligence process is to assess whether the assets are a strategic fit and to determine their fair value for the purposes of any offer to acquire assets being made”.

The Quindell share price has been on its now-standard rollercoaster ride since the start of 2015, moving up and down between 54p and 120p as a host of positive and negative developments buffet its standing with investors, most recently .

Having closed at 76p on Friday, the shares finished Monday on 96p after more than 31m shares were traded during the day – with the last trade of the day alone involving 4.5m shares.