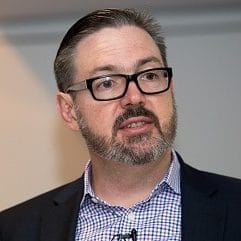 Fowlie: Email was to be sent on to him

The evidence supporting the counterclaim made against Slater & Gordon (S&G) in its Quindell action easily passed the threshold for allowing it just weeks before the start of the trial, the High Court has ruled.

Watchstone Group PLC – as Quindell is now known – announced late last month that the court had granted permission for it to serve and file an amended defence and counterclaim, and the full ruling of Mr Justice Bryan was published on Friday.

The nine-week trial of S&G’s £637m claim in deceit and breach of warranty arising from its purchase of the Quindell’s professional services division is due to start on 21 October.

The counterclaim is for damages of at least £63m plus exemplary damages, interest and costs for breach of confidence, inducing breach of contract, and unlawful means conspiracy.

Watchstone told the court that documents released during disclosure indicated that during the negotiations Greenhill & Co – a corporate finance adviser to the law firm – established a “back-channel” with PwC, which was Quindell’s group restructuring and technical accounting adviser.

Bryan J said he was satisfied that one series of emails showed Greenhill envisaged seeking “potentially confidential information” from PwC in relation to the position of Quindell.

The central email on which Quindell placed reliance was in January 2015 from Gareth Davies – who was Greenhill’s head of European restructuring and a managing director in England – following a meeting he had with a representative of PwC.

It began “Please keep confidential” and said among other things that Quindell would run out of cash in mid-2015.

Bryan J said: “I consider that it is well arguable that Gareth Davies, when heading that document ‘Please keep confidential’, is aware that there is a confidential relationship between PwC and its client, Quindell, and that the subject matter of the matters discussed, which are there set out in that email, are matters which are subject to confidence and that in sharing that confidence PwC are breaching their obligations that are owed, at first blush, to Quindell.

“It is clear that… this information was regarded as extremely helpful. I say that because one of the responses to that message from Michelle Jablko [then managing director and co-head of Greenhill in Australia] was, ‘Gareth thank you this is extremely helpful’.

“Equally, it is clear that Michael Lord, at Greenhill, thought that this was something that should be passed on to their client, Ken Fowlie [then executive director of S&G], because he sends an email to Gareth saying, ‘You are referring this one for Ken?’, to which the response received from Gareth Davies to him is: ‘Yes. Just stress to him not to pass on pls. If there is anything he wants to raise with PwC I can do it next week.’

“I am satisfied that there is at least a good arguable case in relation to this that first, what is contemplated is that this information will be passed on to Mr Fowlie and, again, in that context it would be stressed to him that the information is confidential and, secondly, that the implication is that that is confidential because it is information that S&G should not have or, at the very least, that S&G do not wish Quindell to know that they have acquired via PwC.”

The judge said the material, on its face, “does give rise to very much more than a real prospect of success in relation to the causes of action which are identified”.

S&G argued that the information was not confidential, or that use of it did not make any difference or caused any loss and that it was inconsistent with Watchstone’s witness evidence.

However, Bryan J said S&G’s objections should be explored at trial, rather than him embarking on “a mini-trial”.

“I consider that that would be wrong as a matter of principle and that the case in relation to the information being confidential is far from being shadowy or contrived or not being arguable.

“It may or may not be that in due course at trial it is possible to establish that it is confidential information, but I consider that it passes the threshold test of whether there is a real prospect of success, a case that is more than merely fanciful, by some considerable margin, for the purpose of the application to amend.”

He added that there was material “which suggests that S&G were potentially prepared to pay more than they did, in fact, pay”, including an internal note that indicated the maximum price it would pay was £700m.

Bryan J also rejected S&G’s argument that the counterclaim be heard after the main action, saying the court could sit on Fridays if necessary.