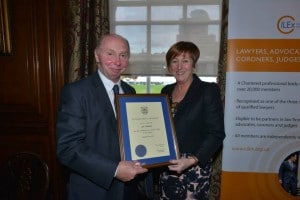 CILEx Regulation – the regulatory arm of the Chartered Institute of Legal Executives – is searching for a new chairman after the man who was due to take over last week decided against doing so.

In February, CILEx announced that Quinton Quayle, a former British ambassador to Thailand, had been appointed to succeed Alan Kershaw from 1 June.

However, CILEx is now advertising for a replacement following Mr Quayle’s u-turn, with the intention of appointing a new chair – who must be a non-lawyer under Legal Services Board rules – from 1 November.

A spokesman said: “I can confirm that CILEx Regulation is commencing recruitment of a new chair, after the previous appointee decided not to continue with taking up the post. Alan Kershaw concluded his term of office at the end of May, and current board member Patrick Bligh-Cheesman has taken up the post as interim chair while a new appointment process is undertaken.”

Mr Bligh-Cheesman has had a 32-year career in local government, with the last 10 years as head of trading standards at West Sussex County Council. He is a lay member of the Ombudsman Service property sector liaison panel and a trustee director of his local Citizens Advice Bureau.

The chair will be appointed for three years, with the possibility of renewal for a further three. He or she will be paid £45,000 plus expenses for a role expected to take up 70 days a year.

Meanwhile, Helen Whiteman has been appointed as the new chief executive of CILEx Regulation. Currently CILEx’s chief operating officer – before that she was head of membership services at LawNet – she will replace Ian Watson on 1 September

Mr Bligh-Cheesman said: “The board is looking forward to working with Helen as we implement the new practice rights, introduce entity regulation and embed the professional standards schemes for Chartered Legal Executives. Her commitment and energy and experience within the sector will be invaluable, as will the continuity she brings to working with our colleagues in CILEx, the Legal Services Board, government and the other regulators.”

Mr Watson – who has worked in a variety of roles at CILEx for 40 years – received an honorary fellowship of the institute this week at the CILEx president’s annual dinner.

President Fran Edwards told the event that CILEx would not have established “fit for purpose” regulation without Mr Watson’s commitment. “Your wisdom, your professionalism, and your humour have endeared you in all our hearts, and thousands upon thousands of CILEx members both in this country and around the world owe you a great deal,” she said.