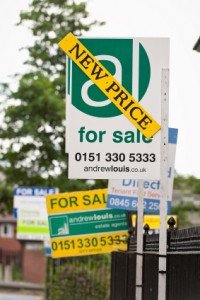 A quarter of conveyancing firms quizzed by the Solicitors Regulation Authority (SRA) have experienced a client attempting to commit property-related fraud or money laundering, new research has revealed.

This frequency suggests that many firms “might be over-optimistic” about the likelihood of encountering similar attempts in the future – three-quarters of firms felt it was unlikely that they would experience it and the SRA found that having already seen it did not make firms any more likely to feel it would happen again.

The results of a thematic review of conveyancing, which will be presented tomorrow to the SRA’s regulatory risk committee, follow visits to 100 firms to discover how the service was delivered, marketed and charged for.

It highlighted the need for more training on fraud at firms, with a third of firms admitting they did not know how to decide whether to report a suspicion to the Serious Organised Crime Agency, with a further 15% going only on ‘gut instinct’.

The research found that a third of firms had some for of referral relationship in place – mainly with estate agents – but the SRA said it was encouraged that very few of them reported being reliant on a single referrer, client or development for more than 10% of their instructions.

“It was concerning, however, that around a third of firms felt that others were not being sufficiently transparent with their clients about the existence of referral fees,” it continued.

Firms were similarly suspicious of their competitors when it came to information about costs, with more than half saying that other firms’ publicity was unclear.

On charging more generally, the SRA said: “The majority of firms questioned use the client-care letter and quotation as the main methods of communication of cost information. However, this appeared to conflict with the view that advertising and quote accuracy was the reason for consumers’ dissatisfaction with their final bill.”

Less than half of firms had received service complaints about their conveyancing work in the past two years, while a quarter had professional negligence claims.

Unsurprisingly the SRA concluded that the economic downturn had reduced conveyancing work to levels which affected firms’ financial stability.

“However, despite these affects, firms saw removal from lender panels as a more significant financial risk to the conveyancing activities of their business.”