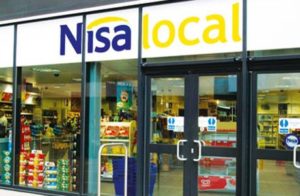 The QualitySolicitors network is to enter a three-month trial to supply legal services to retail chain Nisa, as it pushes to exploit its national network.

The business has an annual turnover of £1.3bn and Nisa members are responsible for approximately 3,000 retail stores. The stores trade either under their own company name or under one of the company brands (Nisa Local, Nisa Extra, Loco).

During the trial, every Nisa business owner will have access to a dedicated phone service and be offered ongoing business advice after one-to-one introductory meetings with their local QS firm.

QS said the trial was agreed as “Nisa recognised the similarities in the organisational structure of both companies and the considerable overlap in their respective regional footprints”.

Rachel Bamforth, head of legal and company secretary for Nisa, added: “We look forward to working with QualitySolicitors during the trial and are excited to see what benefits the service can bring to our members.”

We reported last year that QS was set to launch a new expansion drive in a bid to double the number of offices in the network to 200 as it looks to capitalise on its national coverage.

Chief executive Ben Greco said QS has been staying under the radar as he established a “pragmatic, sustainable business model”.

Eschewing ambitions under previous regimes for members in hundreds of towns and high-profile national TV advertising campaigns, QS now has around 65 member firms – less than half of the number at its peak – who between them have more than 100 offices.