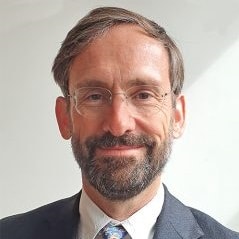 A QC’s opinion was dishonestly altered to reassure a third party charged with marketing an investment scheme that eventually collapsed, the High Court has found.

Mr Justice Meade found that the tone of the advice and the caveats it contained were changed to mislead Anthony Flaton, who was seeking comfort about the scheme’s legality.

The case concerned an application by the liquidators of Equitable Law Capital (ELC) for various orders for payment and compensation against certain of the nine respondents, including a David Clarkson.

ELC ran an investment scheme to fund claims against financial institutions for mis-selling bonds. The scheme ran for about two years from autumn 2014, during which investors put in about £3.3m and only received payments of just over £230,000.

The respondents received just under £2.2m, either in their own hands or through their companies.

ELC was put into insolvent liquidation in November 2016, and there is alleged to be a deficit of just over £2m.

The judge recorded that Mark Anderson QC provided advice in August 2014 to the insurance broker involved that it was not an unregulated collective investment scheme in breach of the Financial Services and Markets Act 2000.

But the advice was “significantly caveated”, including that the documents he had seen were drafts and his assumption that the facts “on the ground” matched what he had been told.

The advice was forwarded to Mr Clarkson and the version he sent to Mr Flaton “was rather crudely altered in relation to these caveats, with a significant change in tone”, Meade J said.

He went on: “David Clarkson had no explanation for the alteration of the letter of advice. He denied altering it, but the inference that he did so is overwhelming, and I find that he did.

“I also find that the intention was to mislead Mr Flaton about the strength and scope of the advice.

“He did it because Mr Flaton was pressing for comfort about the advice and would not start taking money without it. The desire to start money coming in was an obvious incentive for David Clarkson to make the changes.”

His actions were dishonest, the judge made clear.

Counsel for Mr Clarkson objected that this episode was not adequately pleaded. Meade J said: “There is force in this contention, but it concerned a topic, the advice of Mr Anderson QC, which was always central, and nothing was specifically identified on behalf of David Clarkson that could have been done with greater or better notice.”

The judge stressed that he was making no criticism of the barrister or of the “soundness” of his advice on the basis of the facts given to him; Mr Anderson changed his advice in March 2016 in the wake of a Court of Appeal decision.

Meade J concluded by finding Mr Clarkson was a de facto director of ELC and in breach of his duties as such, was liable for fraudulent and wrongful trading, and that payments to him were transactions at an undervalue.

Claims against three other respondents, including Mr Flaton, were dismissed.