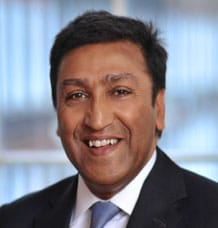 The High Court has ordered a Jersey lawyer to pay an English barrister’s fee, dismissing a claim that the fee was an honorarium which was not legally enforceable.

Mr Sinel told the court that even if he was obliged to pay, a reasonable fee would be £46,000. Mr Singh’s hourly rate for the matter was £500.

The silk applied to the court to strike out the defence or, alternatively, for summary judgment.

In Singh v Sinel [2014] EWHC 3058 (Ch), HHJ Barker QC ruled that whether an express agreement for payment existed would have to be resolved at trial.

However, Mr Singh put forward an alternative argument that, assuming that there was no express agreement, he had a claim for quantum meruit on the basis of unjust enrichment and implied contract.

The judge found that in the circumstances, Mr Singh would be ordinarily entitled to an objectively assessed reasonable fee on a quantum meruit basis.

However, Mr Sinel’s counsel, Simon Edwards, submitted that it was not an ordinary case because a barrister’s remuneration, at least at the relevant time, was regarded as an honorarium. He argued that until changed by the Bar Code of Conduct on 1 February 2013, the default position was one of no contract between barrister and solicitor.

The Courts and Legal Services Act 1990 abolished the ban on barristers entering into a contract for the provision of their services and Mr Singh told the court that since then it had been commonplace in the fields of Chancery and commercial law for foreign buyers to instruct barristers and for the basis of such instruction to be contractual, express or implied.

Judge Barker said this accorded with the evidence of Serle Court head clerk Steven Whitaker and of Adrian Vincent, head of policy and remuneration at the Bar Council, which was not challenged by the defendant.

“The defendant’s evidence to the contrary, such as it is, is based on a misconceived understanding of annexe G1 [to the old Bar Code of Conduct, dealing with terms of work with solicitors] and what he describes as recollections of discussions over the years with more than one barrister.”

Judge Barker ruled: “The circumstances of this case give rise to a classic engagement of the right to payment on a quantum meruit basis under the law of obligations. As to the quantum… on the material before me, it is clear that the preparation, advice and drafting would justify a substantial fee.”

He rejected the need for a more detailed enquiry into quantum, citing the overriding objective and particularly the need to deliver justice at proportionate cost.

He ordered Mr Sinel to pay the outstanding fees, subject to a 10% reduction. “That is rough justice but, as I see it, it accords with the overriding objective in what is a not insubstantial commercial dispute.”