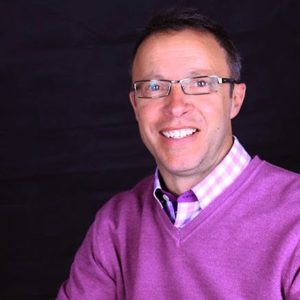 Maskew: range of problems an “eye-opener”

A leading QC is to take part in a pioneering free direct access video surgery later this month.

The move follows the success of two surgeries last week held by Isabelle Parasram, an employment law barrister and door tenant at ShenSmith.

Mr Harvey, who will be discussing business risk and regulation issues, said his chambers was “at the forefront” in developing direct access practice and making contact with clients “easier, faster and cheaper”.

He said he was confident that, partly by using ODRO Vision, barristers would be “far better placed to initially assess a case and to convert those which are appropriate into firm instructions”.

Jonathan Maskew, director of ShenSmith, said the aim of the video surgeries was to offer people a free conference of 10 to 15 minutes with barristers.

He said Ms Parasram’s initial employment surgery was so popular that a further surgery on other legal problems had to be held the following day.

He said ShenSmith invited over 100 business contacts to apply by email initially to discuss employment issues, but “by far the biggest response” turned out to be non-employment matters.

“The range of problems has turned out to be an eye-opener,” Mr Maskew said. “Maybe people had been caught speeding or perhaps they wanted a divorce.

“They all came to us on the basis that they were getting direct contact with a barrister by video. They don’t want people getting in the way – they just want to talk to a barrister.

“If we can provide a platform for this to happen with a little bit of pre-sifting and the right technology, this has real potential for the Bar. Our phones were busy last week as they’ve never been before.”

Mr Maskew said he was still going through feedback from the surgeries, but the impression he had was that “almost all” the leads were converted.

He added that the next step was to enable potential clients to book free video surgeries online themselves.

Stephen Crowne, chief executive of the Bar Council, commented: “Communicating the benefits of direct access to those who are most likely to use the services of barristers, such as SMEs, is vital, which is why it is so encouraging to see innovation at the Bar in pursuing that aim.

“When research shows that SMEs are more likely to go online to find legal services, initiatives such as this show the Bar is on the right path. The Bar has a rich history of being able to adapt to the market and embrace new ways of working.

“That clearly remains the case today. Yet this isn’t just about how chambers and barristers market direct access. It is about making it easier for clients to access high quality legal services. The public, businesses and other organisations are the main beneficiaries of direct access.”