QC reprimanded for “offensive” remarks in court about abuse victim 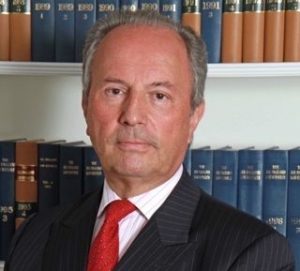 A barrister who claims to be a “master strategist and tactician” was reprimanded last week for making “offensive” comments about a child abuse victim while her mother sat in court.

Howard Godfrey QC said the 16-year-old “was not a young and innocent girl” as he represented her attacker in the Court of Appeal in August 2015.

Mr Godfrey practises from 2 Bedford Row and has a personal website – ‘bestcrimebarrister.co.uk’ – that says: “Master strategist and tactician, Howard Godfrey QC is renowned as one of the UK’s best criminal barristers.”

He was charged by the Bar Standards Board with two counts of professional misconduct after the victim’s mother complained about his submissions.

A Bar disciplinary tribunal cleared him of failing to act with integrity but found him guilty on one count of behaving in a way which was likely to diminish the trust and confidence which the public places in the profession for remarks that “implied that the victim bore responsibility for the assault, and/or were offensive and unnecessary”.

Mr Godfrey apologised to the victim’s mother in an email that read: “I have been in practice for 45 years, 25 of them as a QC. I have never been the subject of a complaint. I sincerely regret that my submissions caused offence to the complainant or her daughter.”

He told the tribunal: “Whilst I knew that some of my client’s family were present and sitting in the rows behind me in the Court of Appeal, I was unaware of the complainant or her daughter.

“It’s extremely unusual for relatives of victims in my experience to attend; it’s very common for relatives of the appellants to attend, but not the victims, who normally want to keep as far away from it as possible.

“I genuinely had no idea – you appreciate I’m facing forward, people are sitting in rows behind me.

“This is very regrettable for me and I’m extremely sorry that it happened, but it was wholly unintentional and I will obviously make every effort to make sure it doesn’t happen again.

“My first duty, as certainly the professional members of the tribunal know, is to do everything I possibly can for my client.”

Mr Godfrey said there was no criticism of his comments by the judges in the Court of Appeal.

He added: “No self-respecting barrister would deliberately cause offence because it’s completely counter-productive apart from anything else.”

The tribunal decision is still open to appeal.