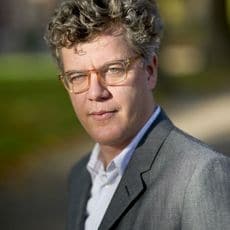 A high-profile tax silk has taken less than a day to successfully crowdfund £10,000 to take legal advice over whether it is Parliament, rather than the prime minister, that has the power to trigger article 50 of the Lisbon Treaty and the formal start of the UK’s exit from the European Union.

Jolyon Maugham QC of Devereux Chambers took to CrowdJustice – the increasingly high-profile source of funding for legal cases and projects – to seek donations capped at £100.

The money will be used to take advice from leading public law specialist John Halford – joint head of the public law and human rights team at London law firm Bindmans – instructing a QC and junior barrister specialising in constitutional law. Then he will write to the government to discover its position.

On the CrowdJustice page, Mr Maugham wrote: “This could well be the most important public law case in living memory. Because of its public interest, each of the highly sought-after lawyers has agreed to act for significantly below their normal market rate.”

He explained that the cap was because “everyone has an interest in its outcome [and] we would like everyone to have the opportunity to fund it”.

Expanding on the central issue on his blog, Mr Maugham – who openly said he was looking to reverse the result of the referendum – said the question was who got to press the “big green button” of article 50.

“Among the powers held by the Prime Minister are a collection of powers left over as a relic from medieval times when they were exercised by the King or Queen. Constitutional lawyers call them the Royal Prerogative. The Royal Prerogative is used to conclude – and relevantly end – treaties with foreign states.

“But there is a funny thing about the EU Treaties that make up the legal framework of the European Union. They are given effect to in the United Kingdom by an Act of Parliament: the European Communities Act 1972. And whoever presses the Big Green Button will, in effect, denude that Act of content. They will render it, by commencing a process that concludes with our withdrawal from the European Union, an empty vessel. A dead parrot.

Given that the large majority of MPs supported remaining in the EU, he suggested such an Act might not be passed and article 50 never invoked.

“If the advice is that pressing the Big Green Button may or does require new legislation, I will then consider what to do. Should we seek a declaration in the High Court, and then (by way of leapfrog appeal) the Supreme Court that a Big Green Button Act is required?”

He said: “The crucial point is that, as a matter of law, article 50 notification commits the UK to withdrawal from the EU, and so is inconsistent with the 1972 [European Communities Act]. Withdrawal is the object of the notification, and it is the legal effect.

“If, at the end of the negotiating period, Parliament disagrees with the withdrawal which flows from the notification, there is nothing Parliament could then do to prevent our withdrawal from the EU, which would frustrate the 1972 act. Therefore prerogative powers may not now be used.”