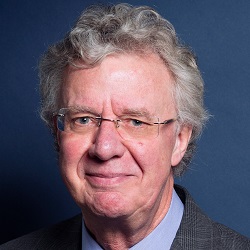 Braithwaite: NHS Resolution should have grasped the nettle

A leading QC has criticised NHS Resolution for “unacceptable” delays in settling one of the largest ever settlements in a clinical negligence case.

Alder Hey Children’s NHS Foundation Trust agreed to pay £27m after a young boy suffered life-changing injuries in 2009 because it failed to diagnose that he was suffering from the HSV virus when he was admitted at the age of 17 months with a seizure.

Proceedings were commenced in October 2018 and the trust admitted breach of duty. Subject to one contested point – that the boy would have suffered mild residual cognitive deficit and epilepsy in any event – it also admitted causation of loss and damage.

The questions of quantum, including the contested point, were listed for a 10-day trial due to start on 1 November 2021. However, the case settled two working days before and the agreement has now been approved by Mr Justice Fordham.

His barrister, Bill Braithwaite QC of Exchange Chambers, said: “While it is a relief for the family that this claim settled, it is unacceptable that they were kept waiting and worrying until only two days before their claim was due to start in court.

“There was ample opportunity for NHS Resolution, which is supposed to be keen on resolving claims, to grasp the nettle and admit that Alder Hey’s repeated negligence had caused catastrophic injury to an innocent baby and his family.

“The pressure on parents of children with severe brain injury, particularly as the child get older, larger and more difficult to manage, is immense, and in this case it went on for years.”

An NHS Resolution spokesman said: “At NHS Resolution, our aim is to reach the right decision as quickly as we can. We never intend to cause any harmed patient or their families’ distress or anxiety through the claims process.

“This is a tragic case where the family have provided substantial support to their child. The case was complex and required substantial expert evidence to assess the child’s ongoing needs and for the parties to reach agreement on the settlement.

“We hope the settlement provides the family with certainty for the future.”