QC body to probe why more women are not applying 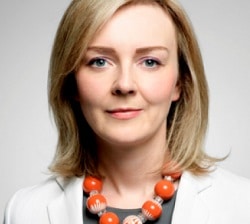 Truss: appointments are a step in the right direction

The body that appoints QCs has commissioned research to uncover barriers which deter women from applying, after they made up 27.6% of the latest batch of silks – but this was the highest proportion ever.

In all, 113 of the 254 advocates who applied were successful, a success rate of 44.5%. They included six of 13 solicitor applicants.

The research prompts the question of why it was not done earlier, given that the actual number of women applying for appointment in 2017 (56) was only 15 more than in 1997.

However, they have become much more successful in doing so – just five were appointed in 1997, and 31 this year, 55% of the total.

Both men and women have become much more likely to succeed since the independent QC Appointments body was put in place in 2006 after a three-year hiatus in competitions. Back in 1997, only 63 of the 459 male applicants won through, just 13.7%.

While the number of women applying has drifted upwards over the past 20 years, the number of men has more than halved – 198 put themselves forward for this year.

The demographics are obviously important context. A third of self-employed barristers are women, as are 13% of QCs and 15% of heads of chambers. The proportion of women consistently falls as seniority (by year of call) increases.

Helen Pitcher, the outgoing chair of the selection panel, said: “We are pleased that the number of women applying and being successful continues to rise, and that the proportion of women amongst those appointed is at its highest level ever.

“However, we would still like to see more women apply. We have commissioned research to see whether there are barriers which may deter well-qualified women from applying. QCA expect to publish that research later this year.

“I was also pleased to note a slight rise in BAME applicants to 15% of applications and that the success rate for BAME applicants was in line with that for other applicants. As a result, the proportion of applicants from BAME backgrounds amongst those appointed was also at the highest level ever.”

Around 13% of self-employed barristers who declare an ethnicity have a BAME background, but only 7% of QCs do. This year there were 37 BAME applicants for silk and 16 of them won through.

“There is more to be done, but my message is clear – when you widen the pool of talent from which lawyers and judges are drawn, you make the justice system stronger.”