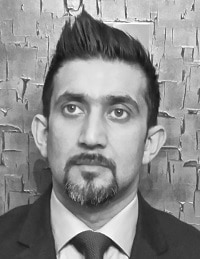 A law firm set up to give the public easy online access to barristers’ opinions has been launched by a criminal law solicitor.

Chaman Salhan, partner with his two brothers in a Birmingham-based criminal defence firm, said 2ndOpinionNow needed to be a law firm because it provided legal advice.

“We’re not some truckers who wanted to get into the law,” he said. “We’re people who’ve been involved in the law for a long time, and wanted to provide simpler, cheaper and more convenient solutions.

“All Stobart Barristers did was say: ‘Tell us about your problem and we will see who can do it at the cheapest price.’ What we’re doing is something completely different.

“We have barristers specialising in particular areas who can do the work and will agree to do it at set prices within the time required. People will not be told ‘I think I can help you, come and see me’. They will get written advice which enables them to decide to what to do.

“We have to be a law firm because we’re actually providing advice, rather than acting as advertising agents or being a glorified claims management system.”

Clients of 2ndOpinionNow select the area of law on which they want written advice from a barrister, fill in their personal details and describe their problem. They choose a turnaround time of seven to four business days and the level of barrister they need.

Clients pay online for their written advice, and 2ndOpinionNow charges the barristers an administration fee.

Mr Salhan, chief executive of 2ndOpinionNow and a higher court advocate, is joined on the board by two silks – Michael Wolkind QC of 2 Bedford Row, who is managing director and also a shareholder, and finance director Jon Whitfield QC of Doughty Street Chambers.

Mr Salhan said around half a dozen support staff were based at offices in the City, and funding was “not an issue” for the new service, though he did not want to give details of where the money came from.

He did not disclose how many clients had contacted the new service or the number of written opinions that had been produced.

Mr Salhan, who remains a director of Salhan & Co in central Birmingham, said around 20 chambers across the country were working for 2ndOpinionNow at agreed rates.

He said the service covered “every area of law”, from criminal work to civil, family, employment and immigration. Clients who need further advice can arrange meetings with their barristers, or instruct the firm to act as solicitors.

“We aim to be the point of contact for getting advice in the first instance, not just a service for people who already have a lawyer.”