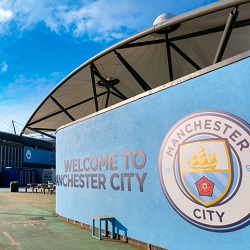 The High Court has rejected a claim by Manchester City football club that there was apparent bias on the part of three QCs sitting on a Premier League arbitration panel.

Mrs Justice Moulder said the arbitrators were not “beholden” to the Premier League simply because they were dependent on it for appointment and reappointment.

The dispute in Manchester City Football Club v the Football Association Premier League [2021] EWHC 628 (Comm) began when the Premier League wrote to the club in December 2018 requesting information and documents relating to a number of potential rule breaches, which followed a hack of emails published in Germany.

The Premier League started arbitration proceedings in October 2019 over the club’s failure to comply with the request.

It appointed Daniel Alexander QC from its arbitration panel, the club appointed John Machell QC also from the panel, and the two arbitrators appointed Philip Havers QC as chairman.

The arbitrators ruled in the summer of 2020 that Manchester City should supply the information and documents.

The club applied for an order under section 67 of the Arbitration Act 1996 on the basis that the arbitral tribunal was wrong to conclude that it had jurisdiction to hear the case. This application was rejected by Moulder J.

Manchester City, which instructed Lord Pannick QC, argued that there was no written policy or selection criteria for the appointment process, which was informal and “based on word of mouth and personal connections”.

It said this breached the “principle of independence”.

But Moulder J said this was only material if there was “a real possibility of a lack of independence” on the part of the tribunal.

Manchester City “would have been aware” that these were senior commercial QC subject to professional obligations, she said.

“Accordingly in assessing whether an informed observer should give weight to the impact on the independence of the arbitrators of any perceived shortcomings in the process of appointment to the panel, an observer would consider the professional reputation and experience of the arbitrators in question and in my view would give weight to that factor in the circumstances of this case…

“In my view the club have not shown that notwithstanding the process adopted, there was a real possibility that the impartiality of these arbitrators has been compromised.”

The club also said members of the panel were appointed for only three years, putting them in a “subordinate position” and creating a “justifiable doubt” as to their impartiality.

The Premier League responded by arguing that the QCs were “very experienced practitioners and arbitrators with an impeccable reputation” and it was well established that “an apparent bias challenge against such experienced arbitrators is not one that is easy to establish”.

The Premier League said the argument that the silks might find for the Premier League “against the merits” presupposed that the value of being on the panel was “consciously or unconsciously perceived by them to be worth the candle of breaching professional obligations as lawyers and of risking one’s reputation and practice”.

Moulder J rejected the club’s argument that, on the facts of the case, the fair minded and informed observer would conclude that the methods of appointment and reappointment to the panel made the QCs “beholden” to the Premier League and so there was a real possibility of bias.

The judge said that, even if panel members were dependent for their appointment and reappointment on the Premier League board, it did not follow that this led to “a real possibility” of bias.

Moulder J also held that Manchester City had waived its right to object to the appointment process for arbitrators by signing up to the Premier League rules and approving them every year as a shareholder.