QC and accountant set up ABS regulated by SRA 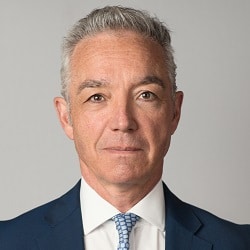 A commercial QC has taken the unusual step of setting up an alternative business structure (ABS) with an accountant, in contrast with what he described as the “outmoded” chambers structure.

The Astraea Group has ambitions to provide a wide range of legal and non-legal services in the future, including financial and tax consultancy, and is also committed to aiding social mobility in the profession.

James Ramsden QC said the firm was regulated not by the Bar Standards Board (BSB), which was still “feeling its way” with ABSs, but by the “more experienced” Solicitors Regulation Authority (SRA).

Mr Ramsden took silk in 2016. He left 39 Essex Chambers in September 2019, though he remains a door tenant.

Since then, he has been practising from his own company, Astraea, while working with accountant Nina Stewart on turning it into an ABS. The Astraea Group launched this month.

The firm specialises in commercial dispute resolution, fraud and regulatory work, and Astraea has “carved out quite a specialism” in crypto-currency litigation and regulation.

Mr Ramsden said he “always had an issue” with the traditional chambers structure, which he described as “outmoded and lacking the professionalism consumers now require”.

He went on: “Working with a group of individuals in a little club or ill-defined collective is a difficult concept for modern consumers.

“There is no reason why specialist QCs have to group together with QCs of the same kind. We now have a small number of commercial chambers with a large number of barristers.

“From a client’s point of view, that could be a bit bewildering. It could be pot luck who you get.”

Mr Ramsden, who has represented the SRA at the Court of Appeal, said they went “quite long way” down the BSB route to becoming an ABS, before deciding to switch to the SRA.

“I think the BSB is a good regulator but the SRA’s regulation is much more developed and they are more responsive on the details of how an ABS can operate.” This was particularly when it came to authorising firms to conduct litigation.

Along with its two directors, the Astraea Group employs five solicitors and three legal support staff, who are all legal practice course graduates from a state school background waiting to start their training contracts.

Mr Ramsden, who went to a comprehensive school in Sheffield, said the traditional chambers structure did not encourage social mobility, although a lot of chambers were “doing their best to combat that” by offering mini-pupillages to those not from private schools.

However, the QC said that “when it comes to the crunch, they still appoint people in their own image”.

Astraea is also actively involved in mentoring school leavers from state schools and helping them with university applications and interviews.

He said it would be a challenge to replace support staff every two years, but because they were “bright, motivated and energetic”, integrating the latest recruits had been easy.

Once they had completed their training contracts, he hoped they would consider returning to Astraea.