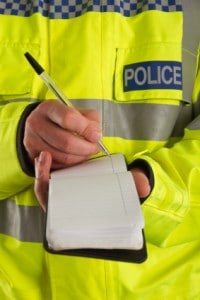 The Quality Assurance Scheme for Advocates (QASA) will drive many solicitors out of criminal law, the Law Society has warned.

It is the latest hostile response to the final consultation on the scheme ahead of its introduction in January; earlier this week the Criminal Bar Association revealed that it is considering launching a judicial review to stop it, while the Criminal Law Solicitors Association’s response largely mirrors that of the Law Society.

The society has long questioned whether there is enough evidence to justify the imposition of QASA, and said its effect will be “to annul the historic rights of the majority of solicitors to appear before the magistrates’ court, as only those who appear regularly will want to be reaccredited after the first five years of the scheme. This is a change of great significance to the profession and which may well have implications for access to justice.”

Further, an analysis of court statistics obtained from the Ministry of Justice indicates that advocates will find it difficult to obtain the requisite number of judicial evaluations to achieve full accreditation within 12 months of registration – two or three evaluation from their first five effective trials – because of “a high likelihood of there being an insufficient number of Crown Court trial opportunities to accommodate the number of advocates needing to be assessed”.

This is exacerbated by the “many judges who have their own personal reservations about the process of judicial evaluation and have indicated that they do not wish to participate”, as well as the large number of trials being conducted by recorders, when it needs a circuit judge to carry out an assessment.

Calling for a longer period to obtain evaluations, the society said: “The 12-18 month period to obtain judicial evaluations might suit a practice model as pursued by the self employed Bar where practitioners are arranged in sets of chambers which are in effect each supplied by dozens of firms of solicitors with work. Under that model, there is likely to be a greater incidence of cases at levels 3 and 4 than there would be inside a single firm of solicitors.

“It is commonplace for a firm not to receive a single level 4 case [the QASA category of the most serious cases] in an 18-month period that would ultimately end up being a trial. The current proposal is therefore possibly anti-competitive in law as its effect discriminates against the practice model used by firms of solicitors. There is a strong danger that the proposal will retard the practices and development of many higher court advocates.”

The Law Society also described it as “frankly astonishing” that the three regulators behind the scheme – the Solicitors Regulation Authority, Bar Standards Board and ILEX Professional Standards – have been unable to provide “definite information as to the likely cost of accreditation”.