QASA is “only way” to protect the public, Supreme Court rules 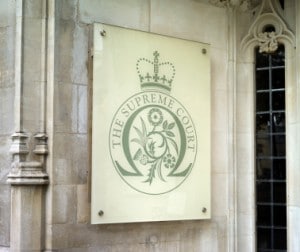 The Quality Assurance Scheme for Advocates (QASA) is finally set to go ahead after the Supreme Court ruled that it was “the only way” to protect all members of the public involved in criminal proceedings “at an upper level”.

But it has been claimed that the decision will make it harder for similar schemes to be introduced for other areas of law.

Four criminal law barristers have been trying to overturn the Legal Services Board’s (LSB) approval of QASA as proposed by the Solicitors Regulation Authority, Bar Standards Board (BSB) and CILEx Regulation, but lost in the High Court and Court of Appeal.

Having refused permission for them to appeal against the finding that the principle of independence of the advocate was not infringed by QASA, the Supreme Court dealt solely on the question of whether the Court of Appeal erred in law by failing to appreciate the effect of regulation 14 of the Provision of Service (POS) Regulations 2009, which implemented the 2006 Services Directive.

The barristers argued that this meant that QASA had to be proportionate, and that it did not meet this test in the light of an alternative BSB proposal from November 2012, whereby advocates would self-certify which of the four levels of QASA they were at and judicial assessment would take place only if specific concerns were raised about them through a rolling programme of assessments. The barristers said the LSB did not properly consider this.

The Court of Appeal found that “the LSB addressed the issue of proportionality and was entitled to conclude that QASA was proportionate”.

The Supreme Court – with Lords Reed and Toulson giving a joint judgment with which Lords Neuberger and Clarke and Lady Hale agreed – ruled that the Court of Appeal had been wrong in the way it applied the principle of proportionality under EU law.

It should be for the court to decide whether the LSB had established that QASA’s objectives could not be attained by means of a less restrictive approach, rather than whether the LSB’s decision was manifestly wrong or inappropriate.

Analysing the proportionality of the LSB’s decision, the Supreme Court concluded: “A self-certifying scheme of the kind proposed by the BSB in November 2012 presents a higher level of risk because of the possibility that an advocate may consider himself competent to practise at a level where he does not have the necessary competence, and even if his incompetence is later detected and reported to the regulator (of which there can be no certainty), for those who have had the misfortune of being poorly represented by him it will be a case of shutting the stable door after the horse has bolted. (To illustrate the uncertainty of detection, an advocate who appears infrequently at the upper levels may lack competence, possibly through not keeping up with the law, but will be correspondingly less likely to be assessed under a rolling programme than an advocate who appears more regularly.)

“It is perfectly true that the evidence did not enable the level of risk to be quantified with any approach to precision, but that did not preclude the board from considering that it was unacceptable. We do not regard the judgment made by the board in that regard as falling outside the appropriate margin of appreciation.

“Since the only way of reducing the risk, so as to provide the desired level of protection for all members of the public involved in criminal proceedings at an upper level, was to have a scheme of the kind proposed by the JAG [the Joint Advocacy Group made up of the three regulators behind QASA], it follows that the scheme was proportionate to the objective, notwithstanding the inconvenience caused to competent members of the profession.”

In a statement, the CBA said it was “deeply disappointed” by the ruling, even though the Supreme Court had found in favour of all of the claimants’ submissions of law on the appeal. “The CBA remains of the view that the scheme is a bad one,” it said.

But it added: “The case… has now enshrined the claimants’ submissions on the central role of EU proportionality. Any further dealing, rule changes or consultations by the Bar Standards Board, the Legal Services Board (or indeed other legal regulators under the Legal Services Act) will now have to pass this, much more stringent, test before it expands the regulation of the legal sector.

“In particular, any further attempt to roll out this QASA scheme beyond the criminal Bar will also have to be justified in the way outlined in this judgment.”

Baker & McKenzie partner Joanna Ludlam the ruling “will force the regulators to think seriously about future developments of QASA and will help achieve a scheme which better serves the interests of the public and the legal profession.

“This case is also groundbreaking in that has set a new legal precedent and will henceforth be a leading authority on the application of the principle of proportionality of EU law.”

Welcoming the ruling, LSB chief executive Richard Moriarty said: “Throughout this process, there has been consensus about how important competent advocacy is in supporting the rule of law. My firm expectation, how that we have clarity on legality, is that the regulators in JAG will proceed with implementing the scheme to assure the public of the competence of criminal advocates.”

BSB director-general Dr Vanessa Davies said: “We are pleased that the final ruling has confirmed QASA as lawful and proportionate. Clearly we need to look carefully at the detail in today’s judgment, but the objective of providing a high level of public protection through a precautionary scheme has long been the underlying principle behind QASA. The Supreme Court has recognised this.

“Given the length of time that has passed since the scheme was approved by the Legal Services Board, we need now to consider the scheme’s implementation and the likely timescales involved. We will make further announcements about this in due course.”